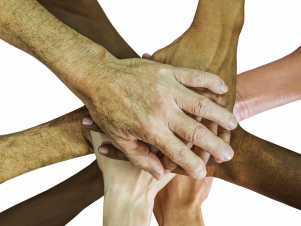 “If people are good only because they fear punishment, and hope for reward, then we are a sorry lot indeed.” – Albert Einstein

Today organizations are under more pressure to perform than they have perhaps ever been before. There are pressures from all stakeholders who incessantly demand increasing profitability every year, while at the same time they grapple with challenges of limited resources, ever changing laws and regulations, open market competition, and most importantly, factors of human resources. And yet, the amendment to the Companies Act in India in 2013 requires certain businesses to spend 2% of their average three year profits on social causes. Furthermore, it is estimated that fortune 500 companies collectively spend more than $15bn on Corporate Responsibility globally. (1) It is evident that social solidarity is becoming an essential component of corporate governance. But is corporate altruism related primarily to financial support? What really is the value of commercial businesses if they are run independently, without altruism as their basic objective?

For many decades the standard mentality in organizations has been that executives focus on topline growth, while anything “fuzzy” was left to the Corporate Social Responsibility division. This view is not only changing, but it is also rapidly turning on its head. Companies are now recognizing the need to get involved with human communities, with the focus to work together with them, to holistically improve conditions; to improve quality of life and respect human dignity.

Such a phenomenon of altruism should not surprise us in any way. Anthropologist David Lordkipanidze proposes that altruistic behavior was endemic to humans as early as 1.8 million years ago. (2) This was long before the appearance of Homo Sapiens. It can thus be argued that altruism is not just a social or a cultural norm; it is a principle of Nature. And if it is such an ingrained part of nature, our own nature, why should its applications be any different in the realm of business? Adam Smith, the Economist most famously known for his work The Wealth of Nations strongly propagates in Theory of Moral Sentiments the need for markets to encourage human beings to come together and understand each other, despite the survival instinct. Perhaps the very fact that we have disproportionately focused on profits, and neglected the human and altruistic aspects in business enterprise, is manifesting in what we see as the negative effects of capitalism in our times. Because it is based in competition, the survival of the fittest, it fosters self-centeredness and separation, rather than collective wellbeing. Whole segments of society remain trapped in socio-economic strata, and the gap between the rich and middle class keeps widening.

Corporate altruism doesn’t always have to be related to making donations. Instead it is an approach to commerce, and can be extended to the way we design businesses, to facilitate individual human growth, recognizing that each one’s unique needs and skills. If we look at the example of Grameen Bank started by Prof. Muhammad Yunus, we see that most of the projects it supports empower small businesses and individual entrepreneurs that single handedly work towards self sustaining models focused on enriching livelihoods, rather than just positive balance sheets. In turn, many of those small business successes have paid it forward, by extending similar support to reach out to help others, fostering a spirit of collective progress.

In 1949 Dr. Varghese Kurien revolutionized the concept of cooperative movement by scripting Operation Flood, in another case of community upliftment. By transforming India from a milk importer to one of the world’s two largest producers today, Amul emerged from the idea of having farmers collectively own the brand. This resulted in a collective sense of ownership and responsibility for product quality. Good branding also gave the cooperative the commercial strength to help it match its competition. But most importantly it gave farmers independence and dignity, some opportunity to participate in the decision making of their own affairs – rather than submit to pressures of circumstances. What started as a small cooperative grew into an organization producing 14.85 million litres a day. In this case study we find evidence that when you give a human centric solution to a problem, you inspire people to give their best. As a collective, farmers were given a chance to dream, hope for a better future. Is this perhaps not the greatest form of altruism? The resulting profitability was a consequence and not the drive alone.

In another instance, we might study the case of Mr. Kazuo Inamuri who took over as CEO of Japan Airlines in 2010, which was at the time on the brink of bankruptcy. He turned the company around, making it a famous example investigated in management courses. Speaking at Oxford, at the presentation of the Kyoto Prize for scientists, artists, and philosophers “who have contributed towards the betterment of humankind” he spoke fervently about altruism in business, reminding everyone that there was no place for corporate leaders who “squeeze all profits out of a company and receive a huge salary.” CEO Mike Brady of Greyston Bakery (New York) has maintained that rather than “make cakes,” their mission statement as an organization is “to help people succeed in life.”. Interestingly, in the last 4 years their sales have grown by over 50% partly because more people are interested in buying from a mission based organization.

One might also consider important political events in history, such as the French or Russian Revolutions, as having resulted from the inherent lack of altruism. In both cases, we witness a select group of privileged individuals that chose to exploit the masses. It was perhaps, a lack of altruism and empathy that led to Maria Antoinette having supposedly said, “Why! If they have no bread, let them eat cake.” Could it be that a decline in altruism might also lead to a general fall? Perhaps the same applies to companies.

More organisations therefore need to reinvent themselves to ensure that the communities in which they operate, sell to, or draw their resources from, are strengthened and resilient; they too must grow as active beneficiaries of the organization’s profitability. And companies are recognizing the correlation between their own bottomlines, and communal illiteracy, poor public health, and proverty. As if following the words of the Buddha that the greatest illusion is the illusion of separation, companies have begun realizing that they are indeed part of an interconnected web of life. Therefore, in order to reach sustainable profitability the carriage must carry the community along.

But is the burden of carrying this entire bandwagon profitable for businesses? Yes, it can be. In 2014 Tesla announced that they would make a large number of their patents “open source” as long as they are used in good faith. In doing so, they are actually providing opportunities to people to come up with more and more innovative ways of looking at clean energy transport. By absorbing losses in the short run, and by looking at the collective potential for the future, Tesla has stepped aside from the traditional capitalistic view of maintaining competitive control over all resources.

Interestingly, stakeholders are looking to be associated with such companies. Today it is no longer only about a company engaging in CSR programmes or being employee-friendly. Issues such as ethical sourcing and sustainability policies increase the holistic value that companies create. Some of the world’s leading companies are realising that by combining their companies’ innovations for altruistic public good they gain a competitive advantage, by enhancing both their reputation and income.

Skeptics may can ask if this is really altruism, or selfishness. My own perspective to this is that one cannot look at altruism in this way. Perhaps there is a tendency to always first ask “what’s in it for me”. But imagine if one party in a marriage were to ask the same question. Or that a person actually got into the marriage with the intent of getting more out of it, than was put in. If we are willing to give of ourselves in our personal lives, we can also do so in our business and civic lives.

In economics the concept of capital is a fundamental which usually comprises machines, buildings, materials, etc. Then there is also human capital which measures the productivity of employees through development of skill and intelligence. But perhaps it is time that we make an addition to the understanding of human capital: the inherent altruistic capital. Former Harvard Professor, Economist Nava Ashraf explains that altruistic capital is the idea that every individual has within them an intrinsic desire to serve.

Organisations today are actively promoting and helping employees to take time off for sabbaticals in order to realize their own altruistic needs, to give back to communities. And employee feedback seems to show a stronger connect and loyalty with the organizational brand when they see their own leaders display altruism in action. Further, altruistic leaders are more likely to focus on employee well-being helping to build upon individual strengths.

More than ever before, it is more important today that we realize that being altruistic is but a basic characteristic of the human condition. Besides our individual personalities, our preferences, our passions, and our desires, there is also a common human denominator comprising the need to be compassionate, generous and altruistic. The simple concern for another or making an extra effort to help a fellow human being – by revealing this aspect of our nature might be one of the important solutions to deal with the challenges of our times. As the myth of Narcissus teaches, nothing beneficial can come from only focusing on oneself. The key of altruism lies perhaps, in the word itself; that ‘U’ comes before ‘I’.