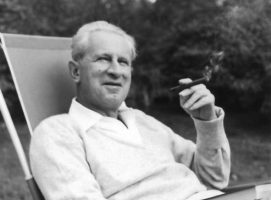 Director: Ki-Duk Kim Cast: Yeong-su Oh, Jong-ho Kim, Young-min Kim, Jae-kyeong, Seo Yeo-jin Ha Duration: 103 min A Buddhist monk lives with his young disciple in a floating wooden house-temple in the middle of a lake. As the seasons change and succeed one another, the young student passes the corresponding stages of life to reach [...]

The Thirteenth Floor is a 1999 movie directed by Josef Rusnak and a co-production of Germany and the United States. The story is based on the novel by Daniel Galouve, “Simulacron 3” (1964). The old tradition in Oriental philosophy teaches a fundamental principle that says that everything in our world is “Maya”, a lie, an [...]

Director: Pan Nalin Cast: Shawn Ku, Christy Chung, Neelesha BaVora, Lhakpa Tsering, Tenzin Tashi Duration: 145 min “What is more important: satisfying one thousand desires or conquering just one?” What is “Samsara”? For the Buddhists, Samsara is the wheel of rebirths. More specifically, it means rotation and change. Its rotation comes from the force of [...]