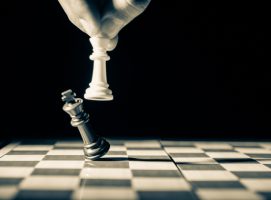 The Art of Losing

“Wherever you fly, you’ll be best of the best. Wherever you go, you will top all the rest. Except when you don’t. Because, sometimes, you won’t.” (Dr. Seuss, “Oh, the places you’ll go”)   Everybody likes to be a winner; Nobody wants to be a loser. We all dream of ourselves conquering the trials of [...]

The Power of the Photograph

Photography is a process of image-making that is less than 200 years old, yet at the time of its invention, no one could have imagined the impact it would have on the global population, becoming a form of communication that could rival the English Language for its universality. What is it that obsesses us about [...]