Dante Alighieri is very well known in the world of art and literature, but not many people are aware of the hermetic and occult teachings he purposely disseminated throughout his works. Despite current historical misconceptions, Dante’s time, the so-called “Middle Ages”, was a time of great spiritual vitality, in spite of its contradictions (such as [...] 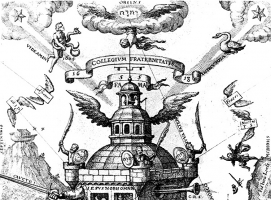