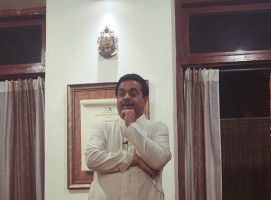 Custodians of Culture: In Conversation with Padmashri Shekhar Sen

Padmashri Shekhar Sen, accomplished actor, singer, lyricist, and music director, is perhaps most celebrated for his unique mono-act theatrical renditions, through which he brings to life master poet-philosophers Tulisdas, Kabir, Surdas, and Vivekananda. Last February, New Acropolis (Mumbai) had the privilege to host an evening performance of a medley of Shekhar ji’s moving works. Ever [...]