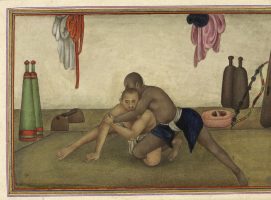 Wrestling: The Art of Grappling with Life’s Conflicts

“The art of living is more like wrestling than dancing.” – Marcus Aurelius We tend to use the term ‘grappling’, at times, to describe a certain struggle to fight, control, or deal with conflicts and challenges in life. Interestingly, this is a technical word originally used in the martial art form of wrestling, which involves [...]