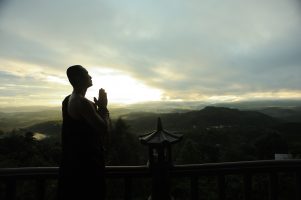 Some of my readers might be confused, asking themselves what is the connection between philosophy, a purely rational discipline, and the sacred? Isn’t mysticism the domain of religion?

This misunderstanding is rooted in the fact that today we use the name philosophy for two completely different things. To be more precise, at some point in history the discipline of philosophy had split in two separate paths that had grown so far apart that today they constitute almost two completely different things. As a result, we must clarify which of these two philosophies we are referring to when we make the connection with the sacred.

The first kind of philosophy is the original one. According to tradition, the Ionian Pythagoras was the first Philosophos, that is, Lover of Wisdom, but its roots are much more ancient, and can be found in Egypt, Mesopotamia, and India, among other places. French philosopher, Pierre Hadot, wrote that originally philosophy “was a method of spiritual progress which demanded a radical conversion and transformation of the individual’s way of being,” and Lithuanian philosopher, Agnis Uzdavanyis, adds that the aim of philosophy was “to contemplate the cosmic order and its beauty; to live in harmony with it and to transcend the limitations imposed by sense experience and discursive reasoning,” and that the ancient philosopher “tried to awaken the divine light within, and to touch the divine Intellect in the cosmos.”

We shall call this original path, ‘philosophy in the classical tradition’, because it refers to philosophy as it was originally practiced, and to make things easier, I will capitalize the word Philosophy when referring to this original practice of philosophy. 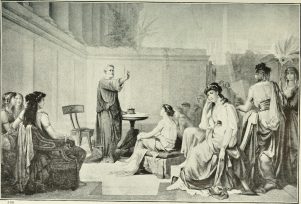 The first Philosophos Pythagoras teaching a class of women (1913 illustration)

The later kind of philosophy began as a small deviation from the main path, diverging out somewhere in the Middle Ages, and then widening out to become the path trodden by most. Based today on secular humanistic values, it aims to be “purely” rational, and distances itself from any whiff of mysticism. Today, when most people speak about philosophy, this is what they are talking about. This is the type of philosophy you would most often find in the modern university and in academic discourse.

While this kind of philosophy has its charms, it often leads to a dead-end; an ivory tower where new intellectual realities are conjured, which usually have no relation to everyday life, nature, or other human fields of experience.

Originally, Philosophy was never too far from mysticism. In fact, elements that we usually attribute to religion – rites, prayers, meditations – were commonplace and inherent to Philosophy in the classical manner.

“If I were a nightingale, I would perform the work of a nightingale, and if I were a swan, that of a swan. But as it is, I am a rational being, and I must sing the praise of God. This is my work, and I accomplish it, and I will never abandon my post for as long as it is granted to me to remain in it; and I invite all of you to join me in this same song.”

You might think you’re reading the writing of a Christian saint, but this is actually Epictetus (Discourses, 1.16.20-21), among the most famous of the Stoics. Stoicism has recently become very popular in the Western world, but in attempt to literally demystify it, i.e. in order to fit it to modern mentality, some of its aspects have been conveniently neglected.

If philosophy has no connection to the sacred, why would such a rational and logical philosophy such as Stoicism speak of “singing praise to God”? And this is not an unusual exception. In fact, the earliest Stoics of Athens, were even more religious in outlook, as Cleanthes’s “Prayer to Zeus” attests. The Stoics, moreover, were relatively late comers to the Philosophy scene. Its founder, Zeno of Citium, who started teaching Philosophy in Athens at around 300 BCE, already had at least three hundred years of philosophical tradition to rely on. And this tradition was anything but secular and rationalistic in the modern sense of the word. 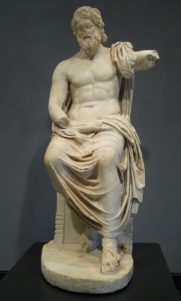 The first known philosophers, the so-called “Presocratics”, were often travelling mystics and poets, speaking in obscure symbolical and mystical language, often taken too literally by contemporary scholars. The first among them was Thales of Miletus, who is seen today as the first physicist in the modern sense, theorizing that the material source of everything is water. But this same physicist also said that “everything is full of gods,” and that “rocks have souls.” Not precisely the words of a materialist. Of course, contemporary scholars are inclined to celebrate the elements aligned with modern secular beliefs, while the inconvenient elements are seen as forgivable errors made by a scientist taking his first steps in rational research.

Perhaps the greatest philosopher-mystic was Plato himself, whose dialogues are filled with gods, priests, oracles, symbols, and myths. It is quite surprising that he was able to maintain his stature despite the many irrational (or perhaps para-rational?) elements strewn out throughout his dialogues. Plato, moreover, did not only write dialogues, for his followers have insisted that he had unwritten teachings, which came to life especially with the so-called Neoplatonists, among the greatest of which were Plotinus, Iamblichus, and Proclus. And if we can make out any of Plato’s unwritten teachings through the teachings of these, then they must have been even more spiritual than his written ones.

Plotinus reads like an eastern mystic. He constantly exhorts us to transcend the limitations of the rational mind, and to elevate our consciousness to the God within, which Plotinus called The One, or The Good. Iamblichus, oft considered the second founder of Neoplatonism, developed a philosophical system called theurgy – divine work. According to Iamblichus, and later Proclus, through specific rites and prayers, the philosopher can come closer to the divine, and find his place in a chain of being that goes without stop or break from the highest (Plotinus’s One) to the lowliest of human beings. 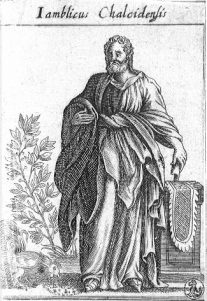 As we can see, in its 1000 years of pre-Medieval history, Philosophy has been inherently linked with mysticism. During the Middle Ages, philosophy was hijacked by religious dogma, and philosophers were limited in what they could say, think, or write. Philosophy became the intellectual justification of preconceived beliefs; a few underground Philosophers, however, continued traveling the old path of Philosophy under various guises, alchemy for instance. After the Middle Ages, with Christianity’s fall from grace, the academy tried to extricate itself from its shackles, and to rid itself from anything that vaguely smacked of religion, which was seen as a primitive stage of the intellectual development of the human being. Sticking to the middle way is extremely difficult, and very quickly the academy bound itself to new chains; those of materialistic positivism. It was only then that the final split between philosophy and Philosophy was made evident; philosophy becoming purely rational and theoretical, while Philosophy remaining a practice of a few.

It is important to clarify, however, that even though Philosophy and the sacred have always been closely linked, the reader should not hold the mistaken notion that Philosophy is a religion in the modern sense of the word. A religion is a specific form of worship, particularly one of those that have appeared throughout the course of history, i.e., Judaism, Islam, Shinto, Mithraism, etc. Usually, these religious forms accumulate many elements that are sadly more human than divine. They are frequently based on faith on external authority, and many times they are adopted by convenience or convention. Moreover, religious people have been known to be bigoted towards followers of other religions. Often “those who believe their own religion on faith, will regard that of every other man as a lie, and hate it on that same faith,” as Helena Blavatsky wrote.

A philosopher is free to practice whatever religion they choose, but in Philosophy there is no external salvation or redemption; one can receive teachings and examples from others, but no person, or god, can save you but your own efforts. Moreover, Philosophy seeks the truth wherever it may be found, without dogmas of belief or nationality. Philosophy as the love of wisdom seeks the unity beyond all the various expressions since wisdom or truth are not the property of any one religion.

In conclusion, contrary to what we may have been taught to believe, mysticism, and the sacred, are not primitive elements, detached from any intelligent philosophy. These are elements integral to human existence. As the eminent historian of religions, Mircae Eliade, wrote: “The Sacred is an element in the structure of consciousness and not a phase in the history of that consciousness.” In its original form, Philosophy can be seen as a path to approach the mysteries of life, to get closer to an intuition of a higher cause, God, the Universe, or whatever name we choose for it. Philosophy, therefore, and the Sacred are not as separate as they may seem. They are simply two aspects of a unified human experience. 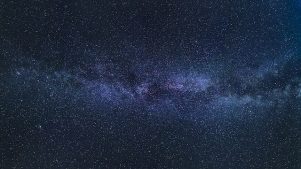