Eclecticism, Searching for Truth Beyond Fanaticism 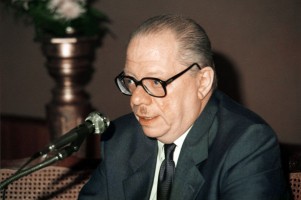 “Eclecticism” is the name given to the philosophical position which, without objecting to anything a priori, analyzes and considers things, compares and relates them in search of the best of them all, with a view to finally selecting the one that is most qualified as worthy of acceptance.

But this clear and concise definition, squarely facing the truth, is often forgotten in the common use of the term and the superficial interpretation of the concept. Thus, an “eclectic attitude” is usually understood as typical of pusillanimous and indecisive people, those one-eyed souls who see things but are unable to perceive them in depth and perspective. For them, “eclecticism” is about dialectical complexity and circular discussions, without ever arriving at or risking a useful definition.

Today, more than on other historical occasions, a true eclecticism is needed, which is syllogistically and conceptually sound. In the fundamental things, an artificial and comfortable “centrism” is an attitude of cowardice and a sign of ignorance. Common sense dictates that nobody would accept a car that works sometimes, a moderately fresh egg, a clock that is sometimes fast and sometimes slow. Important things need to be defined: one is either alive or dead, one either loves or one doesn’t, it is either day or night. Eclecticism does not include a lack of definition to the detriment of reality. If it is real, Eclecticism is a doorway to truth; and once discovered, this truth should be shown, affirmed and proclaimed, whatever others may think.

Eclecticism is not the eternal Cartesian doubt, but the laborious Platonic affirmation; it is not the anguish of Kafka, but Schopenhauer’s will to live; not the apathetic and uncommitted contemplation of the “hippie”, but the historical sense of youth who know why they are alive and why they die.

When the New Testament rejects those who are lukewarm, it does so for a reason. Hot water cooks food, cold water quenches thirst, but lukewarm water is only good for fomentations and cleansing the stomach.

In this world in conflict, where materialism, under its varied faces, attacks everything worthy and everything good, the false eclectics are knowingly or unknowingly its accomplices. They are its most formidable collaborators, for with their pseudo-pacifist and pseudo-philosophical positions they assault the vertical forces of true philosophy and true eclecticism.

We should be Eclectics, but in the true sense of the term, active seekers of truth; those who, when they find a truth, explore and proclaim it, without making concessions to intellectual “dwarfocracy”, convenience or fashion.