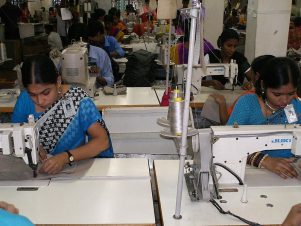 Not withstanding decades of foreign aid, in 2016 1.2 billion persons still suffered from hunger, privation and ignorance. To escape the trap of ‘dead aid’, Muhammad Yunus (Nobel Peace Prize 2006) and other idealists have created ‘social enterprises’ to help the poor escape poverty through dignity, social solidarity and fraternity.

Despite the teachings of Plato and Confucius, the mentality of modern man has changed very little. Indeed, technology has been hijacked by Plato’s ‘Masters of the Cave’ by seducing people into a frenetic race for materialism and greed.  Hence, even though life expectancy has tripled over the past millennium, has modern society really progressed?

Faced with these challenges, the UN and governments continue to advocate the ‘politically correct’ solutions advocated by Plato and Confucius – education and justice. But ‘business as usual’ in a capitalistic world leads to the same sterile solutions and the same dead-end! To be sure, this strategy relieves governments’ consciences and restores their public image. But in truth, what is proposed is to save our ‘old corrupt world’ by transforming it into ‘capitalism light’, i.e., something a tad less toxic. However, the public is not stupid – and growing social fractures and rising indignation have become increasingly evident, as seen by mounting disenchantment with traditional political parties and intensifying populism.

Thankfully, indignant idealists who dare to think differently are creating ‘hope for change’. A real revolution is underway, based on the pragmatic redirection of ‘market forces’ towards social goals – inspired by the virtues of generosity, fraternity, solidarity and dignity. A pioneer of this movement is the humanist Muhammad Yunus who founded the innovative system of microcredits. This model of ‘social business’ has raised millions of people out of poverty in Bangladesh.

Social business is not charity; to cite Confucius ‘when a man is hungry, better to teach him to fish, than to give him a fish.’

Muhammad Yunus’ example has inspired thousands of other social entrepreneurs and innovative projects.

Social business is based on four principles:

• Adapt solutions to the poor, rejecting bankers’ prejudices by lending to the poor;

• Network with society’s stakeholders (e.g. Danone) to achieve economies of scale and efficiency.

This model is based on mass production and good quality products sold at low prices and small profit margins. There are no subsidies, and a living wage is paid to employees to retain independence.

No dividends are paid and profits are reinvested to improve quality, to lower prices and expand market access for the poor and the public. Economics and efficiency are ‘means’ – the ‘goals’ are social.

In summary, this creative model breaks down the sterile barriers between charities, NGOs and greedy capitalism. While managers focus on the classical goals of profitability and sustainability – they also respect their social responsibilities and the goals of their employees (who may also be owners) by permitting human beings to escape poverty through work and dignity. In short, ‘Social Business’ produces not only goods and services, but also dignity, solidarity, honesty and happiness.

Muhammad Yunus has succeeded in channelling the energies of capitalism into attaining social and environmental goals.  He has not declared war on the ‘evil capitalists’, but found common ground in achieving social objectives, by allowing capitalism to show its social responsibility. This ‘win/win’ strategy has succeeded in showing that ‘homo economicus’ has other dimensions than pure Cartesian rationalism, if his consciousness is awakened by contact with notions of the Good, the Beautiful, the True and the Just.