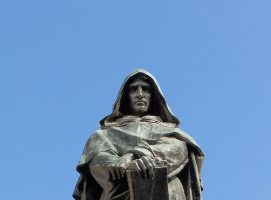 Symbolic Imagination and Magical Memory in the Philosophy of Giordano Bruno

Imagination is the faculty that allows us to form or see images in our minds. Using elements from the physical world, imagination allows us to transcend it and build ‘castles in the air’. But there is more to imagination than mere fantasy. It also allows us to perceive images which are the reflections of ideas. [...]

Director: Ki-Duk Kim Cast: Yeong-su Oh, Jong-ho Kim, Young-min Kim, Jae-kyeong, Seo Yeo-jin Ha Duration: 103 min A Buddhist monk lives with his young disciple in a floating wooden house-temple in the middle of a lake. As the seasons change and succeed one another, the young student passes the corresponding stages of life to reach [...]