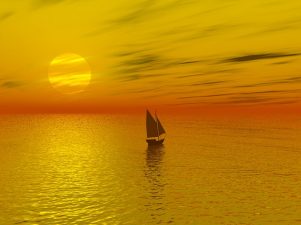 Philosophy means “love of wisdom or knowledge”. It is a route illuminated by the sun of truth. Anything which does not respond to this essential characteristic is not philosophy, but mere speculation and alternative repetitions of what others have said, taking as much advantage of the old teachings as a spoon takes nourishment from and enjoys the soup in which it is dipped.

Life and death are the two sides of the One-Life. Someone who has not even realised this should not lightly call himself a “philosopher”, for he will not even have begun to walk on the ascending path.

More than a cultural association, New Acropolis is a philosophical movement that was founded with this principal objective: to make the phrase “know thyself” a living reality. These are starting points; the bad thing is that the majority of people stay with them all their lives and the worst thing is that they even begin to forget about some of them as they grow old and become “bourgeois”.

New Acropolis proposes a re-opening of the channels of classical philosophy; the only one which discovered truths a thousand times repeated and did not fall into clichés or serve as an instrument for ignorance or fall prey to the threat of violence. Socrates is a witness. Our philosophy is not contemplative, pseudo-orientalist, but a fiery way of facing Life and the unknown. The human being must commit himself firmly to his historical destiny, his divine ancestors, his present moment, the future. He must be like a boat which, with powerful oars, rides up the stream of life, and not like a clump of driftwood which is dragged without honour to the place where things go to rot. Our philosophy is a philosophy of action on all the planes to which the consciousness can have access, not for the results of that action but for the action-in-itself, since we fulfil ourselves and find pleasure in that action which keeps us eternally young, conscious of our immortality and our joy in living it from instant to instant.

So the world is illusion?… We know… But as this definition is also in the world, it too is illusory. What is called “illusion” by the “orientalists” is no more than reality in one of its many aspects or facets which colour the light. The hypothesis of “illusion” – a very poor and distorted version of the “maya” of the ancient philosophers of India – makes fools of many who come to believe that there is somewhere where God is not, for example in illusion. If that were true, illusion would limit God or reality, an idea which is a piece of philosophical nonsense worthy of someone who is unable to handle even the most simple of syllogisms.

By observing the natural cycles and seeing the eternal return of things – from the water in the clouds to the sea and from the sea to the clouds, to the succession of days and nights and the seasons of the year – we can clearly perceive a unity of destiny in nature and a constant and unfaltering progress according to a pre-established plan. Within that plan is the human being. He too is born and dies… and is reborn… and dies again. So simple, and so true.

All the ancient esoteric schools affirmed it and all the religions upheld it at the beginning, when their founders shed the light of God over men. Some retained on the popular level more or less distorted imitations of that ancestral doctrine, while others buried it in their “forbidden books” and “apocryphal gospels”… which they made sure to preserve in their labyrinthine libraries for when the time would come to re-use those “accursed” arguments. The fact is that, in order to win adepts many creeds have used the path of promising much and demanding very little… And for that policy it was not convenient to maintain the popular knowledge of reincarnation, since that doctrine presents a long and tortuous road where the law of cause and effect rules and where absolution cannot be bought or given away to important personages. He who makes a mistake pays for his error, whether he be king or beggar. And the former will pay for it more dearly, since it is to be supposed that a king has more opportunities than a beggar… Every crown is a crown of thorns…

This new philosophy will liberate millions of people from the fear of death, as it already has done for thousands, whatever their beliefs or their line of work, and whoever they may be. It is the ancient sap of life which is rising again through the dried-up tree of humanity. From this tree there will be flowers and there will be fruits. And there will be nests and new birds which will warble in the new dawns, for the burning sun of life is slowly but inexorably rising again.