The Danger of ‘Historical Illiteracy’ 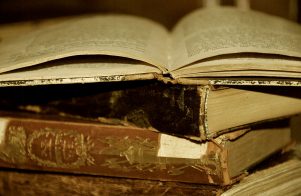 Studies in several countries have highlighted that there is growing ignorance and lack of interest amongst young people about even basic historic facts of fairly recent national history. Americans of all ages fail to answer simple questions like “Who won the Civil War” and “Who did we gain independence from?” One of the most frequent answers to these questions was: “I have no idea.” A few years ago a study in Germany showed that only 33% of the people questioned knew who built the Berlin wall. Many weren’t sure whether the Nazi Regime and the GDR were dictatorships or not.

It is in some ways understandable that our collective memories fade with time. There is no one around anymore who fought in the First World War and soon the people who experienced the Blitz, the concentration camps, Stalin’s gulags or the Soviet tanks in Prague will be gone as well. But as the Spanish philosopher George Santayana said so well: “Those who do not remember the past are condemned to repeat it.”

The less we remember our history, the more easy game we will be for those populists whose rise seems to be proportionate to our growing ignorance or indifference about the historic catastrophes of the 20th century. All at once authoritarian leaders seem to be having a renaissance, international co-operation is not regarded as very important anymore, the nation state seems to be the solution for all problems again and xenophobia is on the rise. Headline on the day I am writing this: “Germany hate crime: Nearly 10 attacks a day on migrants in 2016.”

Does all this ring a bell? We have been there! Less than a century ago! And not only did these ways of thinking not work, they caused the greatest atrocities ever committed: world wars, holocausts and nuclear bombs. It is sad that history as a subject also seems to be on the decline across several European countries. In the UK for instance, only a third of students take it for their GCSEs and in the German-speaking world the amount of history lessons in schools has been severely reduced (by up to 50%).

Why is history so important? Because it gives us a context. It is like a map and a compass without which we wouldn’t have a clue where we are and where we are supposed to go. Historical illiteracy tends either to go to the extreme of seeing the past with rose-tinted glasses (yes, let’s make Britain or America great again!) or to the other extreme of thinking in an entirely linear way and believing that now is the best, most advanced, most liberal society ever. It is very helpful to know that everything is cyclical, that things could be worse but that they could also be better. History inspires us to search for patterns, to reflect on the critical turning points in the past and helps us to understand the causes and effects of events.

History teaches us which values we must maintain and which mistakes we should avoid. In order to shape the future, we need to know the past. As Confucius said: “Study the past if you would define the future.”