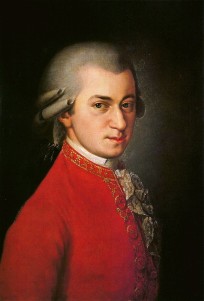 “Thus, then, excellence of form and content in discourse and of musical expression and rhythm, and grace of form and movement, all depend on goodness of nature, by which I mean, not the foolish simplicity sometimes called by courtesy good nature, but a nature in which goodness of character has been well and truly established.” (Platos Republic, page 89)Recently, in the United States, the Governor of Georgia asked the state legislature to pass a law requiring that a classical CD be sent to every new mother. Although this bill did not pass, it received a great deal of attention. The unusual request was prompted by exciting new research in the fields of neuroscience and cognitive science regarding the effects of classical music on intelligence and learning.

“It is well known that music facilitates language development, enhances creativity and expression in children,” says Dr. Frances H. Rauscher, of the Center for the Neurobiology of Learning and Memory. Dr. Rauscher has conducted some of the most innovative research in what several writers have termed “The Mozart Effect.” Extensive research on the biological roots of music have resulted in the following conclusions:

Campbell cites several studies on the effects of music on the unborn child. The most important sound the fetus hears is its mothers voice. For this reason, it is recommended that the mother read to her unborn child. Studies on baby birds show that birds that are hatched by foster parents will not sing or imitate the sounds of the foster bird-parents that hatched them, only those of their natural parents.

Rock music has been shown to drive the fetus to excessive kicking and even violent movements when played to the unborn. In contrast, Mozart and Vivaldi are most pleasing to the child, particularly the violin concertos of Mozart. In traditional Japanese culture, embryonic education is nothing new. Called “Tai-Kwo”, it is a philosophy which calls for the education of the child to start very early in a pregnancy.

If it is true that music can indeed heal the body as Don Campbell asserts or strengthen the mind as Dr. Rauscher declares, how is it possible to measure its ability to unlock the creative spirit? If music instruction can improve intelligence, what about other aspects of human life, such as character, virtue, and the development of human sentiments. Can music help make us moral? Can music help an individual to form a strong, value-based character, reminiscent of Platos ideal in The Republic?

For Plato, the measure of musics greatness is in its ethos, its moral character, its ability to inspire virtue, effecting a moral “paideia” in the individual. (Jaeger, II, 227). The Greek term “paideia” is defined by classicist Werner Jaegar as the formation of the Greek Character. Jaegar uses the Greek term in his writings for “it is seen with the eyes, not of modern men, but of the Greeks.” (Jaegar, I forward) According to Plato, musical training is inseparably linked to character formation, and should not be considered an island unto its own. Classical Greek education was based on the premise that the outer and inner man can achieve a level of virtue, of “areté”, when high standards of selection, noble self-expression, honor and discipline take precedence over the superfluous and fleeting thoughts, emotions and actions.

The Greek word music, which defines both music proper and poetry, was fundamental to Greek education, not simply for its utilitarian function, i.e. reading, writing and memorization of epic poems, but for its profound effects on the human soul. “The decisive importance of education in poetry and music: rhythm and harmony sink deep into the recesses of the soul and take the strongest hold there, bringing grace of body and mind which is only to be found in one who is brought up in the right way.” (Plato 90)

Carl Jung became aware that all therapy should involve some element of music, because music was one of the only forms of communication which could allow an comprehend and release archetypes. Jung used music at the symbolic/mythical level where “universal” concepts of the human being are awakened. (Bush 69-71)

Some of the most fascinating theories of character formation are offered by Jung. He considered personality to be an achievement, not something given. (Jung 19) Character Formation is a continual process towards wholeness, towards what Jung would call the “process of individuation.” Jung wrote a great deal about alchemy, i.e. the transformation of the “personality” into the “individual”. (Jung 19)

Jung reminds us that personality comes from the word persona which was the mask worn by actors of antiquity. Individuation is a process of identifying oneself with what lies behind the mask and this is for Jung, a spiritual journey. The path is one of integration (Jung 229), which results in an identification with the Self, a unified persona, instead of a persona entangled in chaos.

Platos concept of the individual is almost identical to Jungs concept. For Plato, the primary aim of musical training was to produce a recognition of the Beautiful in the individual. (Jaeger 3) Thus by establishing beauty and concord in the Soul, one would learn to recognize beauty and harmony when seen outside the Self.

If Plato were alive today, he would very likely be interested in Dr. Rauschers research on music and intelligence. But, he would probably assert that, even more important than musics ability to improve scores on a spatial I.Q test is its capacity to establish nobility and grace of character in a human being, awakening the eternal ideals of Goodness, Beauty and Justice.