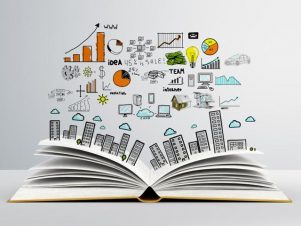 Education is, has been and always will be of the utmost importance. According to Nelson Mandela it is “the most powerful weapon which you can use to change the world.” And according to Plato, the “direction in which education starts a man will determine his future in life.” Although the concept of education is universal and has probably been practised since the beginnings of humanity (simply by transmitting skills and experience to the next generation), our view of education has always been subject to huge variations and has often been the subject of strong disagreements. The type of education we give to our young people is definitely a mirror of the values and views we hold and is intimately intertwined with our worldview.

I have only recently found out that the word education is actually derived from two different Latin verbs: educere and educare. And this made me realize that, like everything in this manifested world, education also has two different poles that complement each other and need each other, and that it would be wrong to emphasise only one pole at the expense of the other.

Educere is the currently preferred one. It means ‘to draw out’ or ‘to lead forth’ and it is about the ‘drawing out’ of the inherent potential in a human being. An education based on the idea of educere will aim to give love, inspiration and encouragement and try to be completely ‘non-judgmental’ as to what ‘comes out’ of the child. Everything is good, okay, acceptable, ‘wonderful’. It is all about a process of awakening, of inner development, of becoming.

Educare is currently the problematic one. So many people have only experienced it in its ‘shadow expression’ and felt they had to rebel against it that they now have an almost allergic reaction to it. Educare means ‘to train’ and ‘to mould’. It carries the idea that the educator acts upon the learner to shape them into a form determined by the educator. It conjures up memories of the worst type of education during the industrial/Victorian age, where schools were almost considered like factories where children go in as raw materials, are beaten, shaped and moulded and come out as forms fit for the machinery of society.

We are still ‘reeling’ from this dehumanizing type of education and most of our educational reforms are still ‘reactions’ to it. However, we might be throwing the baby out with the bathwater. If educere and educare really are two sides of the same coin, or, in other words, a polarity or an interdependent pair, then they must both be valued and integrated.

One positive aspect of educare is the assurance of quality and high standards. We all want our doctors, nurses, teachers, pilots, lawyers, electricians, builders, hairdressers, etc. to be well qualified. But through educere alone, we will not be able to arrive at the necessary level of qualification. And if we think about some of the often-heard complaints about young people today: ‘they can’t spell, they lack certain literacy and numeracy skills, they are rude, they are unreliable, they lack resilience’, etc., then it seems that these are due to a lack of educare rather than educere.

There is no doubt that we live in very polarized and polarizing times and that the topic of education continues to be fiercely debated. However, polarities are inevitable and cannot be solved by giving value only to one side and condemning the other. The ‘law of polarity’ states that both poles have their value, and both can be expressed either in a beneficial way or in their ‘shadow’ aspect. C.G. Jung observed correctly that ‘there is no energy unless there is a tension of opposites’. One thing we probably all need to learn more is to move from an either/or mentality to a both/and thinking, so that we can harness the power of synthesis.