A climate change we do urgently need! 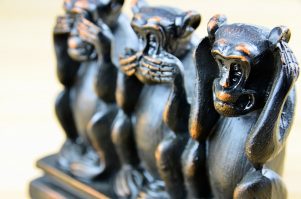 Imagine what it must be like to go to work and to meet with constant abuse. To be surrounded by groups of 6 or 12 people as soon as you leave your home, who would scream at you, physically intimidate you and spit at you. To be called a “Jewish pig” or a “nigger” to your face, to be targeted for your sexuality, religious beliefs or social background. To receive death threats, rape threats, acid attack threats and anonymous people launching a social media campaign of invented stories against you which make you lose your job. To have your windows smashed, your car scratched and swastikas painted on your office. To have your children targeted by schoolmates or worse, that a teacher of your child tells the other classmates not to talk to your child because of what you do.

Well, this is what happened to politicians of all parties in 2017 in Britain, a country that has often been admired for its democratic institutions, tolerance and fair play. According to one MP, there had been “less intimidation” during the presidential election in Rwanda than had occurred in the UK. Of course, these kinds of attacks are not new. But according to some MPs, the 2017 election had been the “most brutal” to date. An enquiry recorded 188,000 abusive tweets in just 3 months. And even politician’s lives are not safe. Last year, a popular and dedicated MP was murdered in her office for her views, one week before the Brexit Referendum.

Where does this shocking scale of abuse suddenly come from? How come our current political and social ‘climate’ seems to have become so much more vitriolic and violent in recent years? It is scary to see that some of this is masterminded by highly educated people in positions of responsibility. An academic at one of Britain’s best universities was recorded at a party conference of one of Britain’s main parties[1]. The question being discussed was what their party could do during the campaign for the last general election. The professor and author of several books said: “My answer is hate… Make the [left/right] hate again… I’m full of hate these days.” And a fellow speaker, who is a senior editor at a media organisation that says on its website that it reaches an audience of millions through its hundreds of podcasts, videos and articles, added: “I’m on Team Hate.”

Another problem is that some activists (political and otherwise) seem to think that the end justifies the means. They think that their cause is so important that any method, even spreading lies through social media, physical threats and all sorts of abuse, may be used to achieve it. Think again. Can a better and fairer world really be built on lies, violence and injustice? For Mahatma Gandhi, means and ends were one: “Means and end are convertible terms in my philosophy of life.”

Let us all stand up in 2018 to change this growing climate of hate. And let us remember that a noble end must be achieved with noble means.

[1] Personal and political details are purposely left out in this article because groups on either side of the political spectrum are guilty of the same malpractice.