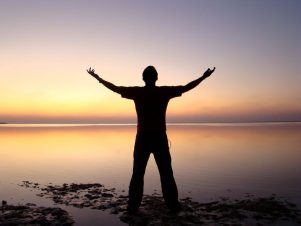 “Who are you?” – This is a question I usually ask in one of my classes. Asking the same question ten times in a row, I nudge the participants gently to the realization that we all have more than one identity. Some people tend to identify at first with their name, nationality, gender, profession; others define themselves through their relationships (I am a mother, a friend) and some think of themselves first and foremost as human beings, a ‘soul’, a ‘force of energy’ or as seekers of wisdom. This exercise also makes us aware that beyond our multiple identities there is a mysterious ‘inner core’ or ‘essence’ that defies definition but shines through all our different identities. We are always ourselves, whether this be at work, with our family or on our own. In each environment we express different aspects of ourselves, but deep down we are still the same mysterious ‘centre of awareness’. In short, we are both one and many.

The next stage of this exercise explores the root of our identities. Are we just born with an identity? Is it ‘God-given’ and we have no choice but to accept and bear it as a kind of destiny? Or is identity something that can change and even become a choice? Most people would say that there are certain aspects of our identity (sex, cultural roots, etc) that we cannot change. Others, however, are the outcome of choices we made at some stage. We were not born to be ‘computer programmers’ or ‘mothers’ – but we chose to become them. And, most importantly, we can always choose how much priority we give to each of our different identities, even if we cannot change some of them. What do we prioritize: our gender? Our nationality? Our status? Or our inner qualities?

There is danger in over-identifying with a singular identity and in thinking that we have no choice regarding our identity. It diminishes us because it ignores the many other aspects of ourselves and it only exacerbates the differences between us. The Nobel laureate economist Amartya Sen claims in his book Identity and Violence: The Illusion of Destiny that violence can easily be created when people become locked in a singular identity to the exclusion of others. Hutus massacre Tutsis, for example, when they acquire a strong and exclusive sense of belonging to a single group and no longer see themselves as Rwandan, African, or human beings.

Unfortunately, the growing trend of identity politics seeks to exploit the strong sentiments that can be whipped up when people identify with one side of a particular issue. This not only fragments societies and results in divided countries like Britain after Brexit or the US after the Trump election. It also diverts energy and attention from much more important issues and offers no real solutions. What’s more, identity politics actually fails to transcend differences by flattening the differences between individuals of the same group. It makes all Brexiteers or Remainers the same, ignoring the fact that they might have very little else in common. It is impossible to create harmonious and stable societies built on such movements.

For society and culture to function, we need a common basis and to learn how to transcend our differences. We need to consciously choose an identity that enables us to connect more with others and to empathise with them. Life is a journey from unconsciousness to consciousness. To be unconscious means to be impelled by inner or outer forces or circumstances. Whereas to be conscious means to be aware that we have a choice. Amartya Sen says: “To deny choice where choice exists is not only an epistemic mistake, it can also entail a moral and political failure through abdication of one’s responsibility to face the fundamental, Socratic question: ‘How should I live?’”

Choice is inescapably associated with responsibility. It seems much easier to say, ‘This is how I am, I cannot change it’. But history is full of atrocities that were committed because people felt compelled to act in line with a perceived and fixed identity. Just think of the Germans killing the Jews or the different branches of Islam fighting one another. Amartya Sen’s message is that we should choose our identity of our own free will.

The recently deceased Kofi Annan said: “To live is to choose. But to choose well, you must know who you are and what you stand for, where you want to go and why you want to get there.”