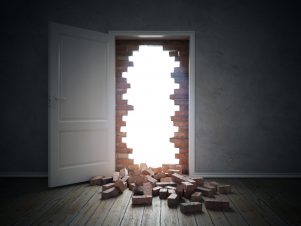 A Story of Exile

The year was 65 AD, a little less than a hundred years after the assassination of Julius Caesar and the foundation of the Roman Empire. Musonius Rufus, the foremost Stoic philosopher of his times, known by some as the “Roman Socrates”, was accused by emperor Nero to have participated in a conspiracy against him, and was exiled to a tiny and desolate Greek island called Gyaros.

Gyaros was considered a terrible place to be. Fifty years earlier the then emperor Tiberius, who wasn’t known for his charitable nature, refused to send a traitor to exile there, saying it was too harsh and devoid of human culture.

Nevertheless, instead of languishing in exile, Musonius was not only able to establish a farm on the arid island, but also to form a community of philosophers who travelled to Gyaros specially to study with him. He transformed an arid island into an unlikely center of philosophy.

Musonius practiced the Stoic discipline of transforming obstacles into opportunities.

In his talk about exile, Musonius said: “Certainly the person who is exiled is not prevented from possessing courage and justice simply because he is banished, nor is he denied self-control or any virtue that brings honour and benefit to the man with a good reputation and worthy of praise.” In other words, no external situation can prevent us from developing and practicing our inner strengths.

Later on, Rufus would become the teacher of a well-known Stoic philosopher – Epictetus. Following the footsteps of his philosophy Master, Epictetus phrased the discipline of transforming obstacles to opportunities thus: “Every obstacle in life presents us with an opportunity to turn inward and to invoke our own submerged inner resources. The trials we endure can and should introduce us to our strengths.”

A little background on the Stoics and their teachings is due.

Stoicism was a school of philosophy in the classical manner, that is, a school of philosophy as a way of life; it was one of the several philosophy schools that sprouted in Greece after the death of Socrates. While these schools differed in their theories, they all shared a certain view of philosophy. For them, philosophy was not just about theorizing or having great thoughts, rather, it was a combination of knowledge and a way of life. One was expected to live in a certain way, to follow certain guidelines, to study with teachers who pointed out one’s errors and gave a living example of the doctrine.

Stoicism gained popularity in the Roman republic during the turbulent times of its dying days, and it reached its apex in the first century of the Roman empire, as it struggled with the tyranny and madness of some of its first emperors. At that time, Stoicism became a synonym for resistance to tyranny and a frugal life. Later on, Stoicism became an integral part of the education of the nobility, and the last famous practitioner of Stoicism was the philosopher-emperor Marcus Aurelius; with his death, Stoicism kind of disappeared from the pages of history, although its influence lingered on, inspiring a few Stoic rebirths throughout history, including the one taking place today.

What did the Stoics teach about obstacles and opportunities?

Today, when we speak about opportunity, we usually put it in the context of business ventures or a career opportunity, as that is the nature of our times. But for the Stoics, opportunity was something else altogether. It would really be no exaggeration to say that business and earthly success was not one of the top preoccupations of Stoic philosophy. The Stoics believed that the most important thing for human happiness and fulfillment is not material success, but the development of virtue. Originating in the Latin virtutem, the word virtue refers to excellence of character. We would speak about strengths today. The Stoics believed that the best opportunities are those which allow us to develop our virtues.

That means that the circumstances of our lives, that is, whether we are rich or poor, healthy or sick, famous or infamous, successful or unsuccessful, all these elements which our lives normally revolve around, are only second to our moral and spiritual well-being. The Stoics called all these elements indifferents (adiaphora) and proposed a simple way to recognize them – if it’s not completely under your control, you should treat it with a certain sense of indifference.

For example, we can act to protect ourselves against illnesses, but there’s no guarantee we are not going to be sick; we can work hard to achieve success in our business, but then a global pandemic can appear from nowhere and we go bankrupt.

We should also emphasize that the Stoics lived in a time where the harsher realities of life were much more in the open; most Romans fought in wars, child mortality was higher, plagues were common. They did not have a sheltered existence, and they recognized the relative smallness of the human being as compared to the tremendous forces of nature. They, perhaps more than the modern person, recognized that we have influence over our circumstances, but not control.

If our circumstances are indifferent, then what is it that really matters?

Rationally speaking, most of our attention and effort should be given to those things we have control over. There’s no point in trying to change the weather. Those things that are really under our control, or potentially our control are our own reactions, our own thoughts, our own behavior. True opportunity lies, then, in the way we react to the circumstances of our lives.

It is natural to want to promote the preferred indifferents (i.e. wealth, reputation, health, etc.) over the unpreffered ones (i.e. poverty, sickness, death, etc.), but if you have to make a choice between a preferred indifferent and your moral axis, then you should focus on what is truly under your control. In other words, it is better to live in infamy but with a clear conscience, than successfully but sacrificing one’s ethical principles.

Now let’s talk about obstacles. An obstacle, from the Latin obstare [impede], means something, whether internal or external, which prevents us from getting where or what we want. We must take note once more that in our world obstacles are usually presented in the context of personal success, again, that’s the zeitgeist. But for the Stoics, more than personal success, duty was the central motivator in life. Each of us must ask ourselves what our duties in life are, what do we owe life, what do we owe others, what do we owe our society, our community. For the Stoics, self-realization cannot be separated from participation in social life.

When trying to carry out our duties, many obstacles can appear, some can be removed or avoided, others can’t. But the important thing is not whether they can be removed or not, but whether we were able to transform the obstacle into an opportunity to make some of our latent powers into active ones. Every obstacle in life forces us to bring out the best elements in ourselves, those which are lying dormant, waiting for an opportunity to appear. A difficult co-worker – patience and compassion, relationship troubles – gentleness and empathy; a fear of facing a novel situation – courage and initiative, and so forth.

In the words of Epictetus: If you encounter an attractive person, then self-restraint is the resource needed; if pain or weakness, then stamina; if verbal abuse, then patience. As time goes by and you build on the habit of matching the appropriate inner resource to each incident, you will not tend to get carried away by life’s appearances. You will stop feeling overwhelmed so much of the time.

The Practice of Virtue – Philosophy

As an example to the practice of virtue, psychologist Donald J. Robertson in his article “The Stoic Virtues and Code of Honor” offers a synthetic code of behavior based on the four Platonic virtues that are at the heart of the Stoic way of life:

This is a good synthesis of what it means to act virtuously, and looking over this code, we can see that there is no circumstance in our lives that can prevent us from trying to apply these guidelines. Whether we keep our jobs or lose them is not completely in our control, but whether we choose to act with justice, courage and temperance is, or potentially is, if we train ourselves in the practice of philosophy.

https://medium.com/stoicism-philosophy-as-a-way-of-life/the-stoic-virtues-and-code-of-honor-2141ceae095f – The Stoic Virtues and Code of Honor, Donald Robertson

A Stoic Guide to the Emotions, Gilad Sommer

https://www.amazon.com/Above-All-Be-Good-Teachings/dp/8192019373 – “Above All, Be Good – The Story of the Stoics and their Teachings”, Gilad Sommer

Quotes of Epictetus are taken from “The Art of Living” (Enchiridion), translated by Sharon Label.