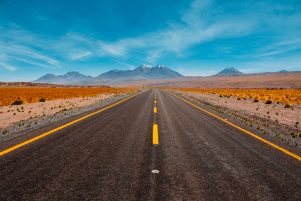 The other day I heard a memorable phrase from the mouth of a Yorkshire farmer: “Farming is a way of life.” And it occurred to me that anything which is done properly must be a way of life. The same is true of philosophy.

“Generally speaking, university philosophy is mere fencing in front of a mirror… And yet, if there is one thing desirable in this world, it is to see a ray of light fall onto the darkness of our lives, shedding some kind of light on the mysterious enigma of our existence.” – Schopenhauer

According to Pierre Hadot, a French philosopher of the 20th century, it is a long time since philosophy was seen as a way of life. With some exceptions, he said, “modern philosophy is first and foremost a discourse developed in the classroom and then consigned to books.”

In the ancient world, however, for example in Greece and Rome, a philosophical system was seen as merely the necessary framework for a fairly small number of maxims by which the philosopher could live his life. A practical example of one of these philosophical maxims is the following by the Stoic philosopher Epictetus: “Learn how to put up with insults, and tolerate other people.” Philosophy in this sense is an art of living and the aim of philosophy is to master that art: to become a master of the art of life. We could say that it is the supreme art, which justifies all others.

Hadot shows that in antiquity there were ‘spiritual exercises’ that were practised by all philosophers: meditation on one’s experiences culminating in the ‘examination of conscience’ at the end of each day and the planning for the next; the contemplation of Nature to understand the laws of life and to induce a state of inner joy and serenity; the contemplation of one’s own mortality, resulting in a contempt for death and a realization of the unimportance of human affairs within the greater scheme of things.

Still today, we have the concept of ‘a philosophical attitude to life’ which implies a certain stoicism and acceptance of things as they are. It implies being able to remain calm and contented even in the greatest adversity. This really sums up the philosophical ideal. How can philosophy help us attain it? By making us feel connected with a greater reality, which we may call Nature, Life or God, according to our preference. Philosophy is, on the one hand, to grasp some fundamental truths, such as ‘the universe is one’ or ‘unity in multiplicity’. We come into contact with these truths by reading the works of great philosophers and by using our thinking and intuitive faculties. But after the realization must come the constant effort to live a life in accordance with these metaphysical truths. If we are all one, we have to try to live in harmony with our fellow human beings and ultimately to cease to think in terms of ‘me’ and to think instead in terms of ‘us’. If you are a painter or a musician, you have to practise in order to perfect your art; so with philosophy, the art of living, it is impossible to be satisfied with the theory alone. To be a philosopher is to make the effort to perfect ourselves in the art of living.

It is interesting to note that every philosopher of antiquity sought to have a positive effect on the world around him. For example, many of the Pre-socratic philosophers were also statesmen; Plato tried to change the world with his political ideas; and Epicurus said that “vain is the word of that philosopher which does not heal any suffering of man.”

Is it not time that true philosophy returned to our world to play its important part in unifying human beings, bringing them back into union with themselves, with Nature and with others?