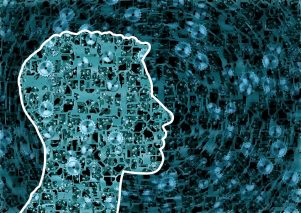 How important has technology been to the development of Humanity? By definition, technology relates to the means by which man attempts to rule over matter. However, technical elements alone are not enough to measure progress. Today we find ourselves engaged in a cult to technology, such that we judge the quality and excellence of civilizations by their higher or lower levels of technical advancement. And we see everything from the point of view of our own way of life. When we visit monuments belonging to civilizations from antiquity, we are more impressed by their similarities with our own technology than by their religious or metaphysical achievements.

From a philosophical point of view, technology is not the only expression of human culture. It is but one of many expressions. Moreover, there are many forms of technology.

For example, in the second millennium B.C., the ancient Chinese, and the Phoenicians, employed a kind of compass. In the last century, however, although they were exhibited in museums, they were not recognized as compasses, simply because they did not resemble the compasses we use today.

How did technology originate in humanity? Man has developed in various ways in the realm of self-knowledge and in different ways of exercising power over matter and nature. Not all civilizations gave the same degree of importance to technology; it is therefore a mistake for us to observe the different civilizations from the point of view of technical development alone.

Mainstream science dates the dawn of technology to the Palaeolithic or Neolithic eras when man began to work with stone. But this science made its different classifications only in terms of what those human groups produced, not considering the human beings themselves. Consequently, it is difficult to ascertain the causes behind such works. Generally, we see only the most superficial aspects of antiquity; we do not look deeper.

In his nine-volume work entitled The Histories, for example, Herodotus gives detailed descriptions of religious life and places of worship. And yet, he mentions only in passing that the first king of the Ptolemies had a type of boat which had up to eleven banks of oars. He also refers to a large clock in Alexandria that displayed one of twelve figures every hour, denoting the labours of Hercules.

These civilizations certainly had elements of advanced technology, but they did not give them as much importance as we do now. Instead they channelled their knowledge and imagination in other directions; they applied them to different fields…

Let us ask ourselves, could we build gothic cathedrals today with the technology that we possess? Of course but we do not build them, because we do not see any point in doing so.

Technology in some form or other has existed since the beginning of humanity. It is important to consider the psychological repercussions of technology on ourselves as well as our own concern with technology.

The attraction to technology, and the need to escape from it, is demonstrated by the many times we have made discoveries, and the many times we have forgotten them, as if man was afraid of them. This demonstrates the cyclical viewpoints of the human being; that man does not always think in the same way; that he searches for different facets of knowledge, and employs different approaches.

In the last century, the Positivists resolved the problem of history by proposing the theory of historical materialism, which represented man’s evolution by an ascending curve starting with his most savage state. According to this theory, in the beginning man had a magical mentality and explained everything by means of magic; then came the religious man who communicated that obscure magic, and from there the philosophical man who extracted a series of symbols and abstract concepts in order to explain nature. Finally, the scientific man arrived, who demonstrated and knew things.

But this materialistic theory is now refuted by the discovery of archaeological layers which show that it is not necessarily true that beneath one culture, there lay another, always of inferior development. Today, in Central and South America, we see beside the huge, precision-built monuments the poor man of today who resorts to earning some money by taking pictures of tourists in front of the ruins…

Thus, seen from the philosophical point of view, man individually and collectively, ascends and descends through his evolution.

Today we seem to be on the verge of a leap into the void with regard to technology. We are entering a phase in which our world no longer feels satisfied by technology. It does not answer all our questions.

At the beginning of the era of mass-production, man was dazzled by assembly lines. Today, however, we are once again beginning to feel inclined towards man-made products. It is a matter of giving things a human touch.

We are tired of the great machine of massification .

We are advancing towards something which is already within ourselves, but which we do not want to accept; the hour of technology has passed, and a new humanism is knocking at the gates of the future.

Man is returning to the old sources. Today everything that is exclusively based on the material is doomed to fail, whether in the political, economic, religious or social fields. The individual is being reborn in every man, who feels suffocated by the massifying atmosphere.

Paradoxically, an organization like New Acropolis, which proposes a philosophical approach to tackle man’s problems, is very up-to-date, very necessary and very practical. Today humanity has a need for ideology, for mutual understanding, for comprehension. By satisfying that thirst, we will be fulfilling our historical destiny.

Article References
1. ‘Massification’ is a sociological term originating in the 1940s, meaning “the action of promoting or enforcing uniformity in a society; the process of becoming a mass society, especially through development of the mass media.” en.oxforddictionaries.com/
Tags: materialism, mythology, philosophy, technology