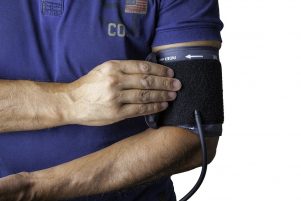 We have made great advances in mainstream medicine, and have at our disposal more technology and research than ever before. This has enabled us to make great strides in diagnosis and treatment. This progress, however, has its pitfalls as well. Specialty and super-specialty are causing doctors to lose a holistic view of patients. Rather than see them as human beings, they are reduced to a disconnected organ that needs correcting, blind sighting its role and function as a single part of a complex body, animated by consciousness. While attention to detail is essential, we must also consider the possibility that by zooming in, we may at times lose the bigger picture.

What happens when a patient walks into a clinic? Usually he describes the unusual things that he experiences in his body. He presents the symptoms of an illness. The doctor proceeds to diagnose the illness through various investigations to identify the cause of the disharmony in ‘the working of the system’ called the human body. All genuine doctors want to give the best long-term solution to patients. However, the fixing is usually done at a certain physiological or biochemical level. While restoring the balance of the elements in the physical body is important, it may only be a partial treatment if we forget to address the imbalance of the human being in entirety which, as the ancient Greeks and Hindus proposed, may have deeper and more subtle aspects than just the somatic construct.

A patient, with peptic ulcer, presenting himself to a doctor, will be considered to have the same disease as four other patients who might also suffer from peptic ulcer. But it is perhaps important to consider that the peptic ulcer might be but a physical symptom, a manifestation, the result of various, more subtle causes. In mainstream medicine, however, the symptom is separated from the person and treated independently. It is not surprising therefore, that in many cases we must approach treatment more holistically.

There is evidence that there are many other parameters to consider in the prescription of treatment. There are so many studies where just the presence of the doctor, the ‘power of his touch’, can reduce fear and anxiety in the patient and accelerate recovery. (1) Sometimes placebos together with care and compassion are enough for the healing process. At other times, even the best doctors providing the best treatments are unable to help a patient who may no longer have the will to recover, or may have lost his faith in the doctor. How can we explain this phenomenon?

There is a realm which cannot be treated with allopathic medicine alone and that is the labyrinth of the mind—our psychological world. This is why psychiatrists very often work together with psychologists. There have been indications that mental dis-ease, cascades to emotional dis-ease, such as stress, and eventually may even manifest as a physical disease. (2)

Molecular biology seems to support this. A person inherits DNA at birth which dictates the body’s functionality and its physiologic system. And while many diseases are attributed to genetic abnormalities, cutting edge research in the field epigenetics claims additional important factors that play a role in causing disease. (3)

Epigenetic factors include the variety of environmental parameters such as influence of family and friends, things that happen to us, and cultural elements. As we know, these circumstantial elements are not necessarily always in our control. Eventually the consensus is that the environment may affect the psychology which may or may not manifest as disease. (4) For example, studies show that chronic stress has a relationship with inflammatory and immune regulatory cells, which makes a person prone to various chronic inflammatory diseases. (5) The immune system perceives even stress as a substantial threat, and prepares to deal with tissue damage by triggering inflammatory cells, whether or not tissue damage has actually occurred. Chronic stress and the consequent immune response can thus inadvertently cause disease and a host of problems.

But what if there is yet another subtler, dimension of the human being called the ’spirit’ which might also have an influence on a person’s health? It is this principle which endows creatures with life and consciousness. By encountering it, a human being can transforms reactive instincts into conscious objective responses. But how might we interact with this dimension within us? This spiritual impulse is said to manifest as noble ideas, ethics, and virtuous thoughts. It might be identified as the soft voice of the conscience. According to various philosophers, we have the ability to awaken this subtle voice by concentrating on our highest thoughts and aspirations. And aligning our actions to it, results in profound or Eudaimonic happiness — achieved by purposeful, rational, ethical action, which strives towards meaning and noble purpose. Eudaimonic happiness transcends hedonic happiness that results from transient material pleasures. Interestingly, molecular analysis of individuals with high hedonic happiness shows increased inflammatory gene expression and decreased antibody synthesis, similar to what is seen in disease. (6,7)

It is evident, that in order to heal ourselves, we need to know ourselves, more fully, beyond what may be easily apparent, because despite all the medical progress, the human being is still a great enigma. We have many texts of ancient and modern healers, who have analyzed in depth the subject of Man with the sole intention of finding the right course of action to restore health. While relief from physical symptoms is essential, we cannot be satisfied with short-term relief alone. Perhaps, we could consider the possibility that medical practitioners approach the subject of human health with the humility of a philosopher; one who knows the limitations of his knowledge, driven by wonder to discover the subtle, more enigmatic causes of material phenomena. A philosopher is a lover of Truth, and of Life, with all its ups and downs, because it gives him the opportunity to gather experience, broaden his consciousness, and move closer to truth. Healing is therefore not just a sacred science; it is also a sacred art. And it demands a holistic approach.