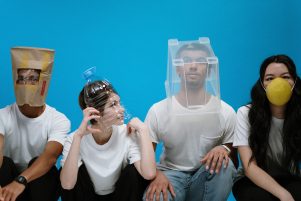 We live in a polluted world, and we have become used to it. The level of environmental pollution, especially in large cities, increases day by day, but because we cannot abandon them as our obligations are still anchored there, we have simply adapted to this situation. Our bodies have produced antibodies, and almost naturally, we got used to the unnatural.

However, the process is more complicated: the situation is not limited to the physical environment but goes beyond it, to the psychological and mental levels, poisoning human experiences to unsuspected degrees.

Psychological pollution manifests itself in crude emotions that creep into all the cracks of life. Violence, aggressiveness, extreme selfishness, seem to be normal measures in most societies.

At first, they cause great suffering – and they continue to do so – but if one has wondered how far it was possible to endure until it explodes, now we have created antibodies to defend ourselves and continue as best we can.

Certainly we are haunted by insecurity, fear, and defenselessness, but the antibodies have generated a form of a seeming indifference, which is not real. That coldness with which we accept the greatest cruelties – the ones we have our breakfast with every day, thanks to the media – is a way of resisting, of saying to oneself, “it has yet to touch me, or it will touch me much later, or maybe never … ”

And what to do with the corruption that appears unexpectedly even in some corner that we considered familiar and safe? Again the indifference, dodging the bullet, continuing to walk as if we had not seen anything, because we intuited that our protest, in addition to being sterile, would be harmful to our safety. There are those who enter the game, justifying it; others step aside trying not to get sick. In one way or another, the antibodies make us see as something almost normal, a thing which in all conscience should scare us away with shame.

The ideas that predominate today are also attacked by various viruses. First of all, it is not common to have ideas, that is, to think. There is a rather small set of subjects recognized by public opinion, cleverly manipulated, and in the absence of something else, that is what everyone believes they think.

Faced with this disease, antibodies have once again appeared. They assimilate those ideas – if they deserve to be called that – and reject any other that oppose them. Ultimately, this passivity is not healthy, it is just a subconscious recognition that we have not learned to reason on our own and that even if we tried to do so, we would be branded as crazy.

We are mutated. Although antibodies help us to live in a certain way, this way of life is not natural. If we suddenly left our polluted societies and went to some heavenly place where everything was different and better, when we would have returned, we would have discovered to what extent we have become accustomed to breathing in the midst of this filth.

In such a situation we are left with two options: resign ourselves to mutation by chaining human generations, increasingly more artificial and adapted to the distorting pollution, or reject pollution by seeking remedies to clean the air, feelings and ideas. This last task is very difficult; if we had started earlier, there would be less work, but now we have to face a pestilence that suffocates us and that, on many occasions, takes away the strength to break our way through it.

Read the original article on https://biblioteca.acropolis.org/no-se-trata-de-crear-anticuerpos/