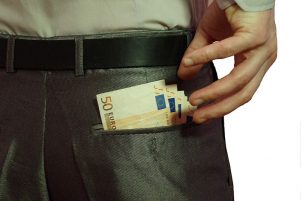 In Finland the government recently introduced a scheme whereby 2000 unemployed people would receive an unconditional income of £478 a month. Initially, it sounds like a utopia, but the experiment is real and the selected families will receive the guaranteed sum for 2 years. The results so far are incredible: the scheme is not only reducing poverty and cutting bureaucracy but is also having a positive effect on people’s mental health and stress levels.

There are more and more experts in the field who highlight the merits of universal basic income, such as Philippe Van Parijs and Yannick Vanderborght or Rutger Bregman. The concept is defined as a regular cash payment to every adult in society, with a smaller amount payable to children. There are no restrictions on receiving the payment and it is independent of any other income. Such a salary would not eliminate poverty, because it is under the minimum wage, but it could make a big difference. In modern Capitalism the gap between the richest and poorest is widening, so a universal income could be a good tool for offering a life belt to the poorest in society

Although the idea seems new, it has existed for a while. Advocates of the idea are sometimes connected to Friedrich Hayek and Milton Friedman, but in 1795 the philosopher and political theorist Thomas Paine also spoke about the necessity of such a grant in his work Agrarian Justice. Before the mid-1980s, the social dividend was the most common term for universal wage, when it was replaced by the term basic income and became widespread.

However, not everyone is very happy about the idea, which is often condemned as unrealistic. One of the arguments against it is that such an income would encourage general idleness. People would work less and it would mean less income for the state. And who would guarantee that people would spend that money on food or basic needs, rather than alcohol and drugs? On the other hand, it would not reduce administrative costs. Even if the basic income has lower overall costs than the social welfare benefit costs, it would cost more in the end because different groups would have to be taken into account, such as disabled people or people suffering from terminal illnesses.

Other critics say that to implement such a measure, income tax would need to be raised as well, which would put an extra burden on society. For these reasons, some supporters of the idea suggest starting with a partial basic income first. It is also debatable whether such a scheme would be sustainable or not, because it is based on the mechanism of the modern welfare states, but Van Parijs and Vanderborght claim that people are free on this planet and this kind of income would give many people access to the resources they deserve. Otherwise, individuals have no other choice than to do to what those who control the resources demand.

An affordability study carried out in Ireland in 2012 by Social Justice Ireland found that basic income would be affordable with a 45% income tax rate, and it would help the majority of the population to boost their income. In Germany in 2013 the parliament concluded that implementing such an income would be unachievable, because it would decrease the motivation to work and require a restructuring of the taxation, insurance and pension systems. It would also increase immigration, cause greater inequality and higher prices in everyday products. In Switzerland, in the world’s first basic income referendum in 2016, the idea was rejected by 77% of voters. In the same year a poll showed that more than 65% of Europeans support the idea

According to its supporters, although it may be too early to implement the idea fully and politicians are not prepared for it, members of society are open to the idea, so they are optimistic about the future. An alternative approach might be to apply a sum of money to support the education of people, so that they can learn how to cope with their difficulties and leave poverty behind. As in the saying attributed to Confucius, rather than giving poor people fish it is better in the long term to teach them how to catch fish.

Article References
1. Rutger Bergman: And How We Can Get There 2. Philippe Van Parijs and Yannick Vanderboght: A Radical Proposal for a Free Society and a Sane Economy
Tags: Findland, income, poverty, society