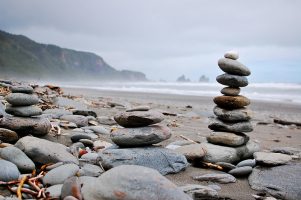 It might seem that the crisis which is shaking our present civilization throughout the world and on so many fronts is something typical of our time and of enormous magnitude. However, if we look carefully, we will find crises at any time in history, and we will discover that philosophers have always examined their deeper meaning.

The repeated and superficial use of words makes them lose their intrinsic value. Today crisis is interpreted to mean a painful rupture, related with suffering and loss in general. But the most authentic meaning of the word crisis is “change”.

Sometimes it is a sudden change, which modifies situations of very different kinds: material, moral, historical or spiritual. It is unusual that only one aspect of life is altered in a crisis; normally, before a major turning point in history, many changes occur simultaneously.

If we don’t appreciate this multifaceted reality, Stability – if it existed before – is very likely to fall down; or we may not be able to construct it if we need to.

Stability must be built or maintained on all aspects of human life and in all the factors that make up a civilization.

On the level of civilization, to look for material solutions when the moral, intellectual and spiritual values are declining is like preparing a banquet while volcanoes and storms are raging all around.

On the human level, to fight for the preservation of physical subsistence while neglecting the importance of a temperate psyche, a refined mind and a high degree of sensitivity to the sacred, is like keeping a body fed but empty of soul.

It is in times of crisis that stability becomes an indispensable tool, not only to enable us to pass through a more or less dark period, but to recover the positive experiences that constantly arise from history.

“A crisis can be a real blessing to any person, to any nation. For all crises bring progress. Creativity is born from anguish, just as day is born from the dark night. It is in crises that inventiveness, discoveries and great strategies are born. He who overcomes crisis overcomes himself without being ‘overcome’.”

Crisis, then, requires particular degrees of stability which need to be cultivated with patience and perseverance.

Let us mention some of the companion of that quality.

** In times of crisis you need serenity.

When everything is collapsing and it becomes difficult to find firm footholds, when it seems that the historical hurricane will sweep away everything that exists, we cannot allow ourselves to be dragged along like an aimless log in a river.

Serenity builds a little circle of tranquillity in which to think and of light from which to see a way out of the crossroads. It creates an island of calm in the middle of the storm. It moderates passion and clarifies thought.

** In times of crisis you need imagination.

Yes, imagination, not fantasy. Fantasy feeds on false images with no other content or aim than momentary satisfaction. Imagination is not satisfied by forgetting or running away from problems, as fantasy is.

Imagination is about seeking, just as philosophy seeks wisdom. It seeks and finds the permanent ideas which have saved societies and individuals in the worst circumstances.

** In times of crisis you need creativity.

There is no need to invent anything, it is about finding a new way of using the things we have stopped making use of due to a lack of intelligence.

When human intelligence fails, systems fail. And when systems fail, the tools which were designed to support life become murderous weapons.

It is not a matter of throwing a knife out of the window because it is useless, but of restoring to the knife its true practical function.

True creativity, which is genuine inspiration, re-establishes the rules of creation and brings us closer to the laws of nature instead of leading us away from them.

** In times of crisis you need initiative.

Although it might appear to be in contradiction with serenity, initiative, like action, is the immediate response to inner peace.

In times of crisis one cannot be inactive. On the contrary, we need to use serenity, imagination and creativity to be always moving forward, to avoid inertia, the paralysis of fear.

Unfortunately, initiative is often confused with dominance, abuse, force and aggression; those are the qualities of the “enterprising man” which, to judge by the facts, have led us to this historical crisis…

Let us stop to reflect on initiative as courage, in the sense of not giving up under any circumstances, being the first to serve others, never losing our sense of morality and, on the other hand, gaining confidence with each step we take.

A stable solution for every type of crisis.

A solution for a profound and real change.