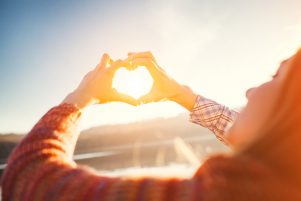 According to legend the word Philosophy can be attributed to Pythagoras who spoke of himself as a philosopher, a lover of wisdom, rather than a Wise man as he had been called by others. Of course, the word Philo-Sophy, the Love of Wisdom, does not give Pythagoras any innovation rights over the concept; there always were, and are, philosophers in all times, and in all places. The quest for truth and wisdom can be found, in one way or another, across all civilizations, in numerous and varied expressions.

The fundamental questions of ‘who am I?’, ‘where have we come from?’, and ‘where are we going?’ have kept our interest for thousands of years, along with a constant wonder about Life, Nature and the great Universe. Some may consider these questions as naive or outdated, others as existential and everlasting; but perhaps they have always been present in the background – precisely because they are fundamentals…

It is not too difficult to explain that Philosophy is a combination of Philo – Love – and Sophy – Wisdom. Hence Philosophy simply means the Love of Wisdom. However, it is easy to let the profound meaning of these words escape us; they have a great significance and at the same time, they are quite elusive.

To be a philosopher is not simply to learn philosophy as profession, or as a hobby; it is to Live philosophically… It is a way of life and a certain state of mind and action.

How shall we imagine, for example, the image of a wise man or wise woman? Would they simply be knowledgeable people, intellectuals? Or would they be examples of living in complete harmony with some higher order of life, with the laws that govern nature? Do we not imagine such a man or woman as perfect examples of goodness, justice, truth and beauty?

Aren’t such individuals often conceived of as those who have managed to overcome the illusion of separateness, overcome their own egos, channeling to others something of an extraordinary quality that we call Wisdom? Several traditions refer to it as the Cosmic Mind, the higher intelligence that governs the whole Universe. Even the term Cosmos itself suggests that the universe is an integration of Chaos and Theos, Divine Wisdom.

As extraordinary and elusive as Wisdom may be, the idea of being a Philosopher indicates the possibility of forming some kind of relationship with it, some kind of recognition of it, even though it can only lead one to acknowledge one’s own ignorance of the Real.

The possibility of recognizing Wisdom indicates a purpose and direction, a possible evolution of consciousness, even a duty and Dharma. It can change everything in the way we perceive ourselves and the others…

To conceive but a spark, beyond the visible phenomena of Life-Nature-Cosmos, of the extraordinary intelligence, is like the sense of awaking from a mindless sleep. It is to move away from the speculative plane of beliefs and opinions, to a vertical axis of observation…from the illusion of the many, towards the profound richness of One Life.

As per the ancient tradition of India, it is the Manas – the pure mental – rather than Kama-Manas – the calculative mind – that has the capacity of discernment – Viveka. To discern between right and wrong, the real and the unreal, doesn’t simply come from following a manual or scripture. It depends on a certain elevation of the mind, raising the consciousness above the manifest self, the persona, the mask of our lower identity. It is a quality of the soul, the individual self. It is from there that we may begin to grasp that, what is expressed as a phenomenon outside, has an inner cause, not less real than the visible one. It is in this form of inner life that philosophy may be found; the Love towards Wisdom.

In this regard, we may speak of philosophy as a state of mind, and even more, as a state of awakening of the soul towards the higher, the Good.

To be a philosopher is to act with common sense, not dimmed by opinion and the constant dance of outer forms. It is to become able to maintain calmness, and a center, in the middle of a storm – the drowsiness caused by temptations or the yearning for comfort.

To be a philosopher is to develop an inner compass so important in today’s world. It is to focus on what we can do, how to act in the face of circumstances, without wasting time on that which does not depend on us. It is to always keep hope and imagination directed towards the good; not based on wishful thinking, but rather, on the confidence of being part of something far greater, and because there is love and there is wisdom.

If you are a philosopher, if your heart and mind already know, already yearn, you have a wonderful gift. But know that it is also a duty, because today, more than ever before, there is a great need of Philosophy!