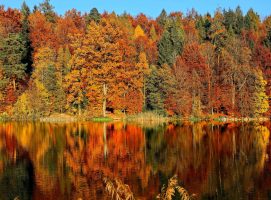 Reflections of the Fall

2020 has been a tumultuous year. We are dealing with a quarantine instigated by a global pandemic and the quietude such isolation can provide us, in addition to the clamor of civil uprisings incited by a myriad of injustices. Whether we have experienced great tragedy or merely bore witness to the absurdity of our condition, [...]

Joseph Campbell and The Power of Myth

Just before his death in 1988 Joseph Campbell, a world-renowned author in comparative mythology and religion, was interviewed by Bill Moyers for the TV series The Power of Myth. The interview took place on the ranch of movie director George Lucas, where they discussed the nature and function of mythology and its relevance today. Campbell’s [...]