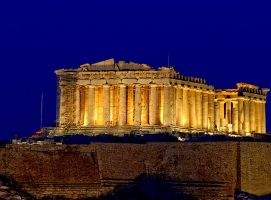 This article is the result of a trip I recently made to Athens, Epidaurus, Olympia and Delphi. Walking through its stunning archeology, pausing at monuments, and gazing spellbound at its sacred temples, I couldn’t help but ponder what might have inspired such a civilization. Nursing at her bosom, Greece nurtured such an altitude of knowledge [...] 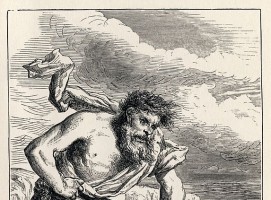 Gaia, the Earth, gave birth to the Giants in order to avenge the Titans whom Zeus imprisoned in Tartarus. They are chthonian beings, symbolizing, by their gigantic physical mass and their spiritual poverty, the predominance of forces arising from the Earth. Giants represent magnified commonplaceness and the image of unrestrained physical and brutal instincts.  They [...]