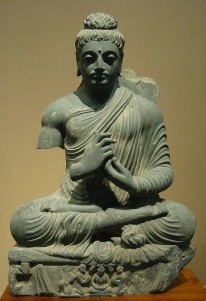 When we think about language as a mean of communication between one person to another we will probably think of it as verbal ability to express our thoughts and feelings, transmitting our inner state to others. However, we notice that there are other means of communication apart from the verbal; we express our self through art, through writing, painting, dancing, playing music, etc. Our complete body is mirroring the thoughts and feelings, our inner state of mind and health. We talk of body language where we can learn to ‘read’ other people or transmit a message to someone else. Many traditional manners refer to different parts of the human body as a reflection to its holistic psycho-somatic condition. We ‘read’ through the eye, hand, feet, face, standing posture, blood, urine and some more gentle planes related to the energetic and emotional bodies.

It seems that among these variable means of communication, beside our verbal ability, the hands play a significant role. We can, of course, communicate without the use of hands, as we can do so without a tongue, however, we might be missing out an important method of expression that can enhance our ability to convey our messages and to understand others. Sign language makes the use of the hands when there is a loss of voice or hearing ability. It is considered a natural language, rather than artificial one, that was used by the deaf communities for thousands of years. A record from the 5th

century BC is given, in Plato’s Cratylus, where Socrates says: “If we hadn’t a voice or a tongue, and wanted to express things to one another, wouldn’t we try to make signs by moving our hands, head, and the rest of our body, just as dumb people do at present?”

It is interesting to note that a baby can learn sign language even before he starts to pronounce words; this allows parents to teach their child a method of communication before the ability to talk properly.

Sign language has only recently been studied by linguists, hence, it been discovered that it is a well establish language that can have a rich grammatical form with depth of expression, and not merely imitation of situation as in the case of pantomime (from Greek: Pantos = all \ Mimos = imitator).

The sign language developed among deaf in a more profound way after the establishment of unique schools for them, the first one in France, 1760. As a natural language, sign language can be seen as part of the ‘universal grammar theory’, indicating the existence of innate syntax principals followed by all human language (based on the ideas of an American linguist, Noam Chomsky).

Sign language has most of its signs done by the hands, mainly the palms and based on 3 essential elements: the shape of palm, its movement and its placing in relation to the speaker’s body, mostly the upper part of the body. Interestingly, a recent research by the National (USA) Institute on Deafness and Other Communication Disorders suggests that nun language gestures stimulate the same brain region as the spoken language does.

The story of Helen Keller (1880-1968) still stirs the hearts of thousands around the world, who admire this remarkable woman. Helen Keller lost her ability to see and hear when she was only 19 months old, before developing her way to speak. She grew up without being able to interact with her surrounding, unable to connect to people who were close to her, confined to her own world. Her inspiring story shared by another remarkable woman, Anne Sullivan who became Helen’s teacher when she was only 20 years old and stayed with her for 49 years. Anne managed to break through these high walls of darkness and silence mainly through the use of palm contact. She gave her a voice which later on echoed through the whole world.

“We differ, blind and seeing, one from another, not in our senses, but in the use we make of them, in the imagination and courage with which we seek wisdom beyond the senses.”

We write with our hands and read with our eyes. But, alternatively our fingers can help us read as blinds do with Braille. The sense of touch allows them to ‘see’.

Using body language to enhance our message, as in the art of rhetoric, the hands play a major role, similarly with unintentional gestures where we can learn feelings and intentions. Hand gestures can be used where sound communication is not possible, such as in the case of assisting air landing or directing car traffic. Hand gestures, in various postures, have been universally used to greet one another, with a clear external, daily, manner as well as more esoteric meaning, of transmitting energy, such as in the case of the ancient Roman salutation.

Another similarity we can see in the form man offering his prayers to the Gods; from Egypt, through the Far East cultures and Native Americans, we find the important role of the hand in sacred ceremonial’s activities.

Palmistry or chronology, had been in use of men of antiquity throughout different civilizations; Chinese, Hindus Brahmins, Greeks, Roman, Chaldean & Egyptians saw in it the potential of better understanding of the human being, knowing his characteristics, past events and future potential. Aristotle said that the hand is “the organ of organs, the instrument of instruments”

and that “Lines have not been traced without cause in the hand of men; they evidently emanate from the influence of haven and from human individuality.”

Adrien Desbarolles (Born and died in Paris, 1801-1886), considered by the legendary Comte Saint Germain as an authority in the field, driven from lifelong experience and Kabalistic knowledge, said the following introduction to palmistry: “In the human body every element is combined to form a clear, distinct individuality: the feature of the face, the irregularities of the skull, the length or shortness of the limbs, the bearing, the walk, the look, the words, the gestures – everything, even to the handwriting; and above all, the member that traces the writing: the hand.” And “It is impossible to deny that the sense of touch, concentrated in the hands and especially in the finger tips and the center of the palm, constitutes the most indispensible of the five senses and can almost take the place of the other four. The blind, the deaf, the dumb, the unfortunate one deprived of the sense of smell are still kept in communication with the world and their fellow creatures if their sense of touch is unimpaired, if their hands are still in possession of their full capabilities. This undoubted supremacy of the hand prepares us for any revelation that will demonstrate its paramount influence in the absorption and distribution of the vital fluid. In fact, it is the hand whose extreme nervous sensitiveness carries to the brain the double principles that gives birth to thought; it is the hand again which executes what the other senses have merely advised or prepared.”

Desbarolles suggests the hands to be an organ of absorption and transmutation of energy (Prana) which is always surrounding us, leading it through the nerves system to the brain and the entire body, later to exit again through the hands while leaving their remarks in form of lines on the palms. By the shape of the hand, palm, fingers and other details, we can determine the capability and quality of use of this vital energy, hence the characteristic of the person and his potential.

This description of palmistry supports other examples of the hands’ importance to the human energetic level such as the traditional forms of healing, yoga and martial art practices.

Maybe the most mysterious form of hand gestures is the Mudra, which can be seen universally in iconography of many cultures. Mudra, from Sanskrit: ‘seal’, ‘mark’ has many different interpretations. H.P Blavatzky describes it a ‘signet of a royal as well as of a religious personage; a ring seal with initials engraved upon it. But it is also understood in another sense – the pristine and esoteric.”

She mentions several forms of Mudras that were used by the ancient Aryans to qualify themselves for Yoga.

In the Indian tradition, the Mudras take an important role in all performing art and in the practice of Yoga they are significant part of the Asanas. Jorge A. Livraga, the founder of New Acropolis (JAL, 1930-1991) describes the Mudras having artistic & symbolic significance at large, although in part, they can hold a deeper and magical importance.

There are several hundreds of Mudras postures which are widely used in the Hindu and Buddhist practice. They remain a part of the traditional dances in India such as Bharatanatyam, Odissi, Kathak and others, where they add meaning and magnificent grace & beauty.

Finally, this short introduction cannot of course unfold the spectrum of the hands’ language, but it might ignite some spark of light on this forgotten method of communication, far more significant than merely external explanation of visible signs. It might encourage the reader to continue to investigate and maybe to find that by doing so, he opens a door which goes much beyond the anatomy of the hands, to a land of great wonder and insight of a magical world and mysteries; developing enchanted moments and awe which are necessary to begin marching on the true path of philosophy.

Read the original article on http://acropolis.org.in/mumbai/articles/165-talking-hands