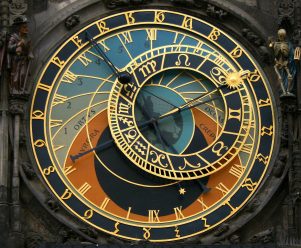 In the last 50 years astrology has started to gain a level of intellectual respectability which would have been unthinkable before. This has been thanks to the recent contributions of many brilliant and open-minded thinkers who have come to embrace the teachings of this ancient discipline. A long time has passed since Voltaire defined astrology as “the mad daughter of a wise mother”. Since then, as many of the strongholds of materialistic science have begun to crumble and the ‘grandchildren’ of the Age of Enlightenment have started to loosen their grip, astrology has begun to build its own renaissance.

For me, this steady rise of the astrological outlook is helping to rebalance the ‘disenchanted’ worldview of the cosmos which modern man has decided to inhabit. In the last few centuries, philosophers and scientists have rendered the cosmos meaningless and inert, emptying it of all its intrinsic meaning and purpose, its symbolic and archetypal character, as well as its dimension of immanent order. As Richard Tarnas contends, it has perhaps been the task of astrology to bring about the transformation that the times demand: to show that the universe is not in fact lifeless and meaningless, but is profoundly meaningful, intelligent, permeated with mind, spiritual depth and mystery.

The essential features of this emerging astrological view are not based on the fatalistic and event-oriented approach which is still so popular. The focus of this ‘new’ approach is the study of archetypal dynamics and their complex unfolding in time. These are the planetary archetypes that astrology uses: universal and ordering principles that have a defined range of general thematic meanings and qualities.  The archetypal principles associated with the planets are recognized as being not only psychological but also cosmological in essence. In other words, they are not only regarded as basic constituents of the human psyche or the expression of the collective unconscious but they are also like the Greek ‘Archai’- cosmic, objective, primordial forms of a Universal Mind.

Archetypal astrology suggests that, as the planets become the representatives of archetypal forces or principles which influence human existence, by interpreting the meaning of the position of the planets in relationship to each other we can gain a deep insight into the archetypal dynamics underlying human experience. Furthermore, the study of the different combinations of these planetary archetypes can provide us with a powerful method to help understand the shifting dynamics of both cultural history and individual biography.

In brief, these are the fascinating glimpses which a revived astrology is bringing us and which in time could lead us out of the disenchanted cosmology of the modern era and back to a universe imbued with archetypal meaning, intelligence and significance.