The Digitalization of Society 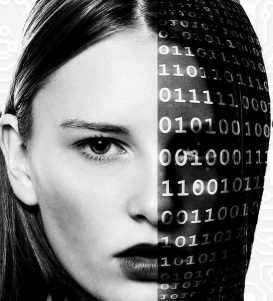 During the lockdown, some of you may have come across a short story by E.M. Forster called The Machine Stops, which made it into the news due to its extraordinary prescience. Written in 1909, five years before the cataclysmic event of the First World War, the author describes a future world in which people ‘self-isolate’, communicate with each other via screens and can control the environment of their individual cells by pressing buttons to give them lifelike sensations of sound, smell and colour.

All of this is not only very reminiscent of our shared lockdown experiences, but also of a more generalized phenomenon of ‘digitalization’ (“the way in which many domains of social life are restructured around digital communication and media infrastructures”[1]), which has merely been accelerated by the Covid-19 pandemic. Since it began, practically everyone’s world has become more digitalized: public events, family gatherings, university courses and even dinner parties routinely take place on Zoom or similar online platforms. As in Forster’s story, we have contact with others, but it’s not quite the same: “I see something like you in this plate, but I do not see you. I hear something like you through this telephone, but I do not hear you.”

Yet even before the pandemic, this phenomenon was well underway, especially among younger people, who live a lot of their lives on social media or playing computer games, and are increasingly less skilled in real human-to-human communication. Even before the internet, television had begun to erode the tradition of the family meal and, as technology progressed, it was common for each child to have a TV (now a computer with internet connection) in their own room.

In recent years, digitalization has started to become more and more sophisticated and complex, especially with the advent of artificial intelligence (AI). Apps are everywhere and for everything – dating, journey planning, banking, measuring your health and fitness… Many of them make life easier  – everything is there, immediately accessible – and potentially more efficient and profitable for business. There are car insurance apps which analyse vehicle damage and decide on the value of the claim, without the need for an assessor in many cases; hospital apps are being developed to check up on patients, reducing the pressure on doctors and nurses to do their rounds.

All of this makes sense, but there are at least two dangers: dehumanisation and loss of privacy, as well as data security and ‘controllability’. The latter is of extreme concern to some campaigners from within the digital industry, such as former Google employee Tristan Harris who featured in the 2020 documentary The Social Dilemma. This film shows how the algorithms used to maximise sales and expand markets can actually change and control the way people think. People who spend a lot of time online can easily get drawn into ‘echo-chambers’ and ‘bubbles’ where they only receive information that they will like and agree with, so they end up thinking that the way they see the world is the only way. This can then lead to polarisation and potentially to violence against those who dare to think differently.

The other danger is when governments have control of this technology and use it to control its citizens, something which has already started happening in China, where the phenomenon of ‘social credit’ has been tested in several areas. If you don’t conform, your social credit score will decrease and it will become difficult for you to get a job, and you may become socially ostracised (another thing that happens in Forster’s story, by the way). As with all technology, the problem does not lie in the technology itself, but in the use human beings make of it. And as in our present world ‘money talks’, there is a lack of morality in these matters.

Let’s continue enjoying ourselves and saving time with our apps, but let’s not forget the human aspect, because what makes life on Earth a heaven or a hell is precisely human beings and the choices we make.