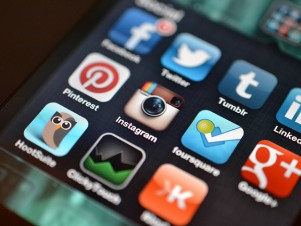 When I was a child I was a fan of Science-Fiction books. I remember especially some classics such as the Foundation series by Isaac Asimov, and books written by Van Vogt, Philip K. Dick, Robert Heinlein or Philip Jose Farmer, just to mention a few.

While reading those books I was dreaming of the future. We were in the seventies, and this moment of the 21th century was still the future. Some writers imagined a post-apocalyptic world, a result of a nuclear conflagration or something similar, but most imagined the still near future – we were only 30 years from the turn of the century – as a better world where most of the problems would be resolved by science and its applications.

Of course Orwell wrote 1984 and warned us of “Big Brother”, but even he could not imagine that this nightmare will actually take the form of a reality show on TV. But is it really just a show?

The concept that underlies Big Brother is the need to control citizens…all citizens worldwide. Why?

They say that they have to protect us from terrorism, fanaticism, extremism, sectarianism and a bunch of other concepts, isms…but who are “they”? And who gave them the mandate to “protect” us?

They say that they are the guardians of Democracy, and they will protect our human rights, give us the right opportunity, our liberty…and other similar concepts.

The world seems to have become a battlefield where the “bad concept” – the isms – are fighting the good dudes – the tys. But as more time passes, it becomes even more evident that whoever the winner, there will be one looser for sure: the human being.

People are fighting for concepts, but they have vanished under the shadow of those concepts. We don’t fight for humans anymore. We fight for concepts: for democracy, for order, for a tradition, an opinion, or a religion. The concept may change, but it is always a concept.

The future we have dreamed of is not the present we are living in. We have dreamed of a future where science and technology serve humanity, and it appears that what has occurred is exactly the opposite. Technology became a tool to serve ideological concepts, and humanity is reduced to become the experimental laboratory where those concepts are applied.

This became possible as the result of a process of unification and simplification, a consequence of globalization. Let’s take for example “Facebook”. It is presented as a tool to serve each individual to build and maintain his “social network”, which is in fact his relationships: family, colleagues and friends. The idea seems, and is, genuine, but one cannot be reduced to a title of “friend”, “relation”, “partner”, etc. A human being is much more than a title and a category. He has his own feelings, comprehensions, opinions, sensibility, imagination and interrogations, and this wide range of expressions is today reduced to a “Like” option, a push-button on a screen.

The classical philosophies from every culture teach us that man is a complex unity; a subtle union of visible and invisible, material and spiritual. Each human being is particular, each a whole world. Discovering ourselves is always an adventure. There is no readymade response to Socrates’ “Know yourself”, and this is why this adventure may be the adventure of a lifetime.

The main problem with Facebook, Google+, and the “social network” phenomenon, is the globalization mentality and its use of technology in general, which resides in the choice of a non-philosophical and materialistic approach, because the unification is done by reduction instead of the management of the complexity.

This is Unity. But in this Unity we must be able to recognize, understand and accept the reality of the diversity. There are two possible ways to reach this unity: by cancelling the diversity and by making all the parts identical…or by understanding that the diversity is the source of the enrichment of the Union. Israel for example is culturally and humanly rich because of the diversity of cultural roots of the Israeli people, rather than because they found their identity in the same elements.

To reach the union by canceling the differences is the choice of Facebook and of Globalization. Of course there is the option to “comment” on your Facebook wall to show your difference…but will it be really different? The syncretic messages we read on walls are usually built from the same mould, and it is hard to see cultural enrichment and dialogue between a “LOL” comment from Asia and the same from the US. Our world has chosen the way of uniting by simplification and reduction; don’t be different…or if you are different, show your particularity in a controlled and accepted environment…like your Facebook wall.

The technology, as the omni–present surveillance camera in the main cities worldwide is used to assure respect of this simplification; all real differences have to be reported, more or less openly – depending on the political system in place – corrected or canceled. In any case, it is controlled.

So what can we do? Has this situation reached a point of non-return? It is obvious that nobody will stop the development of technology, and that Facebook, Google+, and other social networks are here to stay as long as the Internet will stand. It won’t be wise to refuse to use these tools, but we have to learn to use them wisely; to use them for showing our difference and our specificity, to enrich the web instead of confirming that we are just like anyone else, by pushing a button on a screen.

Philosophy is about discernment, and we have to find how to use technology to enrich us as human beings, instead of entering a stream of simplification and reduction. “Like” if you want…but only if you can express, show, publish, and demonstrate WHY you like something. Publish something on your wall if this act has a signification, a message to pass, be it through an image, a symbol, a video, text or music. Have the pride not to accept the reduction of your presence on the web to a simple “Like”. Be there for something…or don’t be there.

The real issue is not Facebook, but the fact that we are enchaining ourselves by following the illusions of liberation which in reality, keeps us deeper in the cave, away from the real sun which is shining outside the cave. But just like in Plato’s myth…the key is always ours, and the condition of our enslavement, or freedom, depends only on us.

See you on Facebook…I have my page at http://www.facebook.com/pierre.photos.art and you can comment…but I only publish pictures…don’t expect me to respond with a “like”.