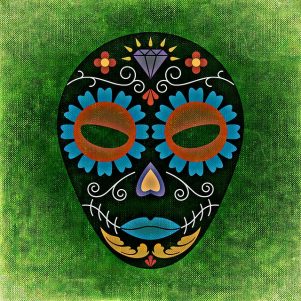 I remember that when my dear father passed away, I went to my native place to participate in the ceremonies and spent precious time with my family and friends who came to console us. A lot of people came, shared their positive experiences with my father and their good memories of him. People were also sharing their own stories of the demise of their closest and beloved ones. A good friend shared with me that many years back, when her father passed way, she felt as if someone had “unwrapped” from her father his personality as if it was a cloth. Suddenly she was left with a strong sense of his existence but now it wasn’t concrete. The best way she could describe this abstract existence is that it was the essence of his life. She could suddenly see clearly “the virtue” that he had practiced through his life. Her description felt so accurate and echoed with what I experienced at that time. For me it was suddenly clear that my father was practising Love – not a perfect one, but a true, genuine and generous love. It is interesting to think about ourselves while we are alive and try to “Unwrap” the “cloth” of our personality, in order to gain more clarity about the virtues that we are practicing in our life. It is not necessarily the virtues that we fully own, but those that we aspire towards. If we dedicate some time to reflect on our life experiences- we might find that there are few important themes- that exists through our life. These virtues might be the causes for why we do, what we do, and the specific manner we do it. They can also be some of the objectives we would like to achieve through our actions.

How can we gain more clarity regarding our true nature and inner virtues? Let’s look through the eyes of few cultures and philosophers. Hopefully, we can relate or be inspired by any of them in our own journey…

According to an ancient Tibetan wisdom, we are all like diamonds – naturally we are pure and have brilliant qualities. But since we came to this world, our diamonds have been covered with dust. In our daily life – we can gather more dust, or unveil the diamond’s brilliant virtues through the daily spiritual practices.

Adopting the virtues of the warriors, to inspire and guide us

In the ancient world, the leaders and warriors of society were part of a path and received specific teachings which enabled them to fulfil their role of service to society. These teachings had listed number of virtues that the leaders-warriors had to develop in order to gain their inner authority and power towards their social role. It is interesting to think about these leaders and warriors as not only those who are actually fighting the physical war in the battle field – but as people who have a role of leadership in society. For example – Educators, Artists, Politicians, Social workers, Managers, Scientists, Religious leaders, and you might even say that it can be any role that is practised with the meaning of doing good and facilitating the growth of others and the good values in society. Once we see it like that, being a leader/warrior becomes an inner essence which we can all learn to practise.
We can find lists of virtues which are a part of the guidelines for the path of warriors/ knights from
different civilizations. For example- The Knights as well as the Samurai warriors had a list of virtues which they practice every day, through their daily life experiences and through their great battles and tests. Here is an example of few virtues which they have practised: There are various lists found of chivalric virtues, some of them are- hope, justice, prudence, love, strength, humility courtesy, truth, sacrifice, honor, gratitude, and more.  The seven official virtues of Bushido are:  righteousness, courage, benevolence, respect, honesty, honor, and loyalty.

Virtue as a path to happiness

Aristotle says that happiness is not awarded to anyone by the Gods, but is obtained by the practice of Virtue over a substantial period of apprenticeship. What kind of virtue is it that brings about happiness? Since happiness is a certain activity of the soul directed by the most perfect form of virtue, we have to study the virtues. Virtue for the Greeks is equivalent to excellence. A virtuous person is someone who performs the distinctive activity of being human well. The distinctive activity of being human according to Aristotle is rationality and its exercise is happiness which is considered the supreme good.
Among the virtues there are intellectual virtues which we learn through reasoning and instruction
(such as wisdom, scientific knowledge, ingenuity, prudence) and the moral virtues which are
dispositions to behave in the right manner (such as generosity, temperance, etc.). We learn moral virtue
through habits and practice. The intellectual virtues help us to know what is just, and the moral virtues
help us to do just. This glimpse into those 3 examples shows various options to develop and explore one’s own virtues. The various programs and courses conducted at New Acropolis aim towards developing fraternity between people. I believe that our tools to achieve fraternity are
our virtues.

In New Acropolis we are seeking to learn and express the best in ourselves, our virtues, our
unique special strength – not only for our inner growth, but for the benefit of others, so that we
can serve and influence our environment and our society for the good, in the best way we can, according to our humble abilities.