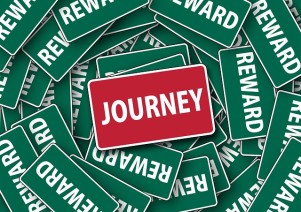 When mention is made of philosophy, one might imagine that a rain of words will fall, combined with complicated sentences and theories.This way of seeing philosophy is far from the true spirit of philosophy which basically aims to bring us closer to simplicity and clarity. What we need is a simple definition of philosophy. The culture we are living in today is a culture of complexity that is collapsing under a flood of words and information. Sometimes, just by coming back to the authentic meaning of words we can gain some sparks of clarity.The origin of the word philosophy comes from ancient Greece. It is customary to credit Pythagoras for pronouncing it first when he described himself not as a wise man but as a man who is in love with wisdom, a “Philosophos”. Philosophy therefore is the love of wisdom.Sophia or wisdom does not refer to perceptions which were developed by different people; it refers to the one wisdom of nature. In the eyes of men of the ancient era, in Greece and in many other civilisations such asIndia and Egypt, the nature all around us was seen as an expression of a divine wisdom, the principles of which are manifested by what can be called the laws of nature. The word `cosmos’ itself indicates such a point of view. The cosmos is combined of chaos, a primordial matter, and Theos, a divine order. This is a world with intelligent order, organised by laws and principles. Nothing in it is random. Wisdom is the essence which unites the expression of a multiple world. From spirit to matter there exists a transition from unity to multiplicity. Rising from matter to spirit is a process of returning from complexity to simplicity and unity. Philo or love is the ability to unite with wisdom, or we can also say, with life itself. The love of wisdom therefore is an active process in which one learns the principles of life and changes himself accordingly. This process brings man to live in harmony with nature.Philosophy is not a theoretical concept trying to describe life, but an active state where man is in a constant process of change. We can also refer to it as an ethical way of living where we discover our true virtues.Love of wisdom is the power which moves man to change himself, the wish to get closer to wisdom, the fountain of life, and to share harmony and fraternity all around. To be a philosopher is not to stay at a cold distance from others but to develop a sense of belonging to life and to the mutual essence of things. It was said in the temple of Delphi, the holy centre of ancient Greece: “Know thyself and know the world and the gods.”Philosophy as a bridge to wisdom is a centre which sustains all forms of life: cultural, artistic, ritual and political; the different aspects of society and our daily life. On this day, dedicated to philosophy all over the world, we raise a call back to the classical values of our humanity, to the natural conviction in man’s goodness and confident that there is a meaning to all which is created.What a wonderful sensation can behold those whose hearts are open to life itself? This is the sensation of wonder and the knowledge that there is no magic in life for life itself is magic. This is what Plato might have meant when he talked of wonder in the context of philosophy and what Einstein alluded to, when talking of science.Published in The Times of India (Speaking Tree), 26 November,2008

Read the original article on http://acropolis.org.in/mumbai/articles/191-we-really-ought-to-just-simplify-philosophy-