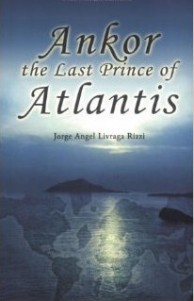 ANKOR, THE LAST PRINCE OF ATLANTIS

Many ancient traditions tell a story of an immense flood that destroyed a civilization that existed thousands of years ago; one that was perhaps far more technologically and spiritually advanced than we are today. Amongst them, Plato speaks of a vast continent called Atlantis that sank into the ocean. Although modern historians have found meager evidence to corroborate this, too many traditions around the world explicitly, or obliquely, refer to this cataclysm to ignore it completely.

Prof. Jorge Angel Livraga sets his novel on the doomed island of Poseidonis, the legendary last remnant of the Atlantic Civilization. Eighteen year-old Prince Ankor is assigned a mission; to journey to the sacred Temple of Kuum, and as a disciple of the High Priest learn, absorb and experience the mystical insights of the great Atlantean civilization. On doing so, he is to be entrusted with carrying this cargo of scholarship aboard a ship loaded with more than half a million books and objects of worship to the land of Kem, on the banks of the river Nile. There, equipped with profound wisdom, a magnificent culture would blossom, to astonish and enlighten the world.

The young pupil begins his voyage with the universal questions that are pertinent to us all. Who am I? What are my obligations as a member of the human race? What is man’s role in the universe? What is Destiny, Freedom, Truth, Justice? As the High Priest initiates the fledgling prince into the mysteries of life, the reader finds himself drawn deeper into a vortex of questions and answers that continually unpeel to reveal yet deeper questions. Ankor begins an inward journey to strengthen himself physically and mentally, before he embarks on his search for the ‘Mystic Pearl’ which, it is said, holds the secret to finding the path towards higher consciousness. His search is grueling, exhausting and formidable, and Livraga demonstrates that although a master can show you the path, in order to truly grasp the essence of the teachings, you have to walk the path yourself. It is only through experience that knowledge can be transformed from the realm of mere intellectual belief into conviction. Guided by the wisdom of his master, Ankor (and the reader) slowly reach the realization that “I am the Pearl”.

The Last Prince of Atlantis is a fascinating and instructive meditation on the mysteries of the universe and the miraculous potential of human beings. Livraga’s insight helps the reader understand the critical challenges and limitations that lay on the path of evolution, and the extraordinary laws that govern all of nature, which we must learn to work with in order to proceed on our own journey towards Truth. As complex as these concepts are, Livraga presents his codex simply, a little at a time in easily digestible nuggets, woven through the story of a young prince’s search for his higher self, and his zeal to protect, and transmit wisdom, so vital to humanity against the back drop of a civilization in its last stages of annihilation.

The book works well enough as a story – part adventure, part mythology. But to truly appreciate its philosophical weight, the reader must first absorb…then ponder…and finally introspect. That input of time and effort will reap a rich and priceless harvest, for the book will, over time, continue to give to you, as much as you are prepared to give to it.

Article References
This article first appeared in THE ACROPOLITAN Magazine. acropolis.org.in/mumbai/magazine/the_acropolitan_jan_mar_2015.pdf Founder of International Organization New Acropolis, Prof. Jorge Angel Livraga Rizzi (1930-1991) was born in Argentina and studied philosophy and history of art at the University of Buenos Aires. His many interests included archaeology and history, and his literary talent was evident from an early age when he won the national poetry prize in Argentina in 1951.  Ankor, the Last Prince of Atlantis was his first novel, written in his early twenties. His other works include the The Alchemist, Thebes,The Elemental Spirits of Nature, and many more. Livraga leaves behind a legacy of a youthful and philosophical spirit.
Tags: Ancient Egypt, Atlantis, Initiation