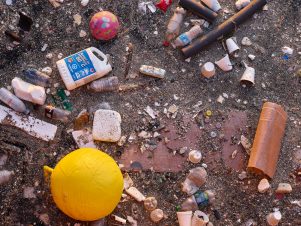 The recently released Hollywood sci-fi blockbuster, Interstellar, which is about the possible future of mankind, has a strong premise that staying on the Earth is senseless, because natural disasters will make impossible to sustain life here. So the heroes of the film set off to find another galaxy where humanity can carry on (presumably a lifestyle which is similar to the one we have now). It seems that the filmmakers cannot imagine that life on Earth for mankind has a future. But is there any option?

As we face rising problems, such as global warming and rising sea levels, due in part to overpopulation and consumer societies, more and more people – especially the young – are protesting against the corruption of the political and economic system and remonstrating with governments about the lack of eco-friendly policies. Many of these people, like the British comedian, Russell Brand, who became a spokesman for the case, show anger and impatience, and want to destroy the present system and build something completely new.

The Earth is constantly teaching us to see the world as a whole. Oceans, atmosphere, forests and mankind are not independent entities, but part of a greater system, where everything has an effect on everything else. If we intervene in one place, the effect will appear somewhere else. If mankind poisons a river, the fish will die not only in that part of the river, but all along it, until the end. Or just think of those nuclear catastrophes where the explosion of a power plant made it impossible to live on a large area of land. The best way to recycle the Earth is if we let it recover and not intervene, otherwise we will just continue to destroy the natural resources and the diversity which is the key to our future and the future of the planet. Then we won’t need to look for another planet in order to survive.