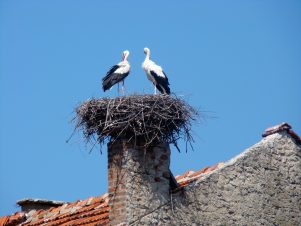 Wages, food and life expectancy were all at very low levels and it took another century before the conditions of workers improved. With such an exponential growth in population driven by a competitive capitalistic marketplace there was little space to give any intrinsic value to nature, apart from its utility and profitability. Profit-driven companies and power hungry individuals have brought the environment into imbalance, and this has forced us to recognize the true value of nature today – we totally depend on it.

The process of urbanisation has never been so rapid and global as today. In the last hundred years the population increased from 1.5 to 6.1 billion. It is estimated that, since 2007, more than 50 percent of the world’s population now lives in cities. It is a time for experiencing the phenomenon of the megapolis, cities of 20 million people and more living in one complex, but fragile system.

We have never lived so close together while at the same time feeling lonely. Another change in human behaviour is the so-called “nature-deficit disorder”, a term coined by Richard Louv. It applies to young people who spend hours in front of the television or computer screens, rather than outdoors in natural surroundings. When future students of history and philosophy look back they will see a short period of time when people cut themselves off from the roots of tradition and isolated themselves from nature. What we see today as progress might look a bit different in the future.

In the first half of the 20th century the increase in population in Britain and the need for self-sufficiency during both World Wars fuelled a demand for food supplies. More land had to be cultivated. Many habitats were turned into farmland, which meant a loss of wildlife. By the end of the 1950s food production became more “efficient” with chemical farming and people were happy to have cheaper food – at any cost. The countryside became a green desert, sterile and managed to suit our needs.

While in the countryside there is a scarcity of wild areas with food, cities have grown into green areas with plenty of food in the form of waste. As ‘nature abhors a vacuum’, this didn’t go unnoticed. Some species, which couldn’t succeed in ‘nature’, found thriving habitats in the cities. When we speak of urban wildlife we mean foxes, badgers, parakeets, squirrels and many less noticeable animals. Of course there are mixed feelings about that, but we still have to learn to live with nature and see the immense beauty and powers it holds.