The concept of cultural appropriation originated in academic circles in the 1980s. In the last decade, it had gained popularity, especially in the US, aiming to give autonomy to minority populations and to prevent the use of cultural elements to denigrate these populations and reinforce prejudice.

Nevertheless, like many other things in the political correctness movement (if we can call it so), this is another element that started with good intentions, but for the lack of reflection has become a popular dogma with no coherence or clear definitions. It has come to the point where just wearing a cloth from a different culture than your own, or even preparing food from another culture is considered by some as cultural appropriation – real bad news for non-Italian pizza lovers, or non-Japanese sushi enthusiasts. 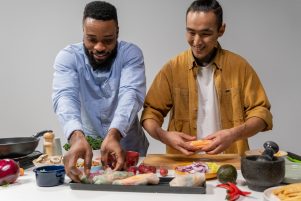 Philosophy, however, teaches us not to surf on the waves of popular fashion, following trendy ideas, but to look at them reflectively, aiming to understand what is behind them, and what is the measure of truth they contain.

Oxford defines cultural appropriation as “the unacknowledged or inappropriate adoption of the customs, practices, ideas, etc. of one people or society by members of another and typically more dominant people or society.” In a certain way, cultural appropriation seems like the projection of the mercantile concept of “copyrights” into the sphere of social customs – one must get permission from the “owners” of a culture in order to use its customs, practices, ideas, etc.

The problem is that it’s very difficult to establish ownership of cultural elements.

Language itself is an excellent example. Half of the words in English originate in French, so as I am writing this article in English, am I culturally appropriating from the French? Do I need to acknowledge the French, the Anglos, the Frisians, and who knows how many more peoples, every time I write a sentence in English?

As with language, cultural elements do not spring out from a vacuum. Most elements of a culture are usually taken or borrowed from other cultures, forming eventually a unique amalgam. Almost every element of our cultures, from our furniture to our clothing and food, has not appeared spontaneously, but was inspired by previously existing elements. Yoga, Tai-chi, meditation, martial arts, and surfing are only some examples of integral elements of western society which were “borrowed” from other cultures. Many of our trivial everyday elements were borrowed from other cultures as well – moccasins, chopsticks, tattoos, and many more. If the simple act of borrowing a cultural element from another constitutes cultural appropriation, then we are all guilty of cultural appropriation.

But this type of borrowing is not limited to the Western world. The Kimono, for example, is today considered the Japanese national dress and a staple of Japanese culture. To wear a Kimono if you’re not Japanese, will be considered by some as an act of cultural appropriation. But where did the kimono originally come from? China… have the Japanese appropriated Chinese culture? Or rather it is simply part of an exchange of cultural elements that has existed between these landmasses for thousands of years? 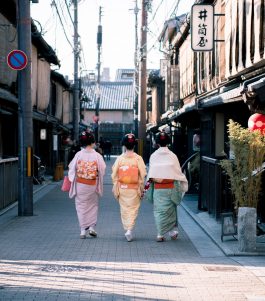 Today, many young people in Japan and China – where Americans are a minority – wear jeans, a type of clothing that was invented in the US in the 19th century. Are the Japanese and Chinese culturally appropriating the jeans from the US?

As we can see, it’s very difficult to treat cultural elements as property. Clearly, the use of cultural elements to embed stereotypes or denigrate people, as well as the misuse of sacred elements, regardless of culture, should be frowned upon. But generalized and vague taboos are an easy, albeit ineffective means to change people’s minds. They only serve to reinforce echo chambers and to gratify the “enforcers”.

Education is a harder way, but it is the only one that can create long term changes. Educating to know each other’s culture and to respect each other regardless of culture, to recognize our mutual dependence, and above all to recognize that real culture is not simply what we wear or eat, but the ideas and values that are embedded in one’s tradition.

At the end of the day, above all individual cultures, there is the culture of humanity, and it belongs to all of us.