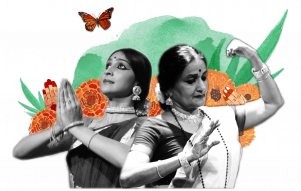 The New Acropolis Culture Circle explores the diverse expressions of culture through a series of intimate and interactive presentations, in an attempt to revive the spiritual essence that forms the basis of all classical art and culture. Far from being definitive, this article is an attempt to share a synthesis of my learning from some of the gracious speakers who have shared their inspiration and wisdom with us in the course of the last few years. We are deeply grateful to them. For the scope of this article, I’ve mainly focussed on the classical Indian arts as a means to illustrate the value of culture.

Culture is not just a collection of customs, a particularity of attire, or a unique culinary style. These are but the diverse expressions of a system of values. Culture could be seen as a way of life, governed by ideals and transcendental values such as the pursuit of aesthetics, goodness, wisdom or justice. You could perhaps say that culture is the civilising force that allows for the development of the human potential, and it is imprinted in the way we eat, dress, and speak; it directs our arts and crafts, and is glimpsed in our ceremonies.

This philosophical orientation of culture can be transmitted through time, such that each generation can adapt the forms, even though the essential ideals, purpose and principles remain unchanged. Thus a cultural tradition continues vibrantly as a living thread, allowing us to receive and express the timeless wisdom and values of our ancestors, in the context of our times. It is, in a way, the search for what it means to be a human being. However when the values are lost, or twisted, and just the outer shells continue, the same traditions can be forces that blind us, rather than enlighten us.

Mandakini Trivedi, author and exponent of the classical dance form Mohiniyattam, explains that all meaningful form is essentially philosophical because it facilitates the exploration of the most basic questions of life: Who am I? Why am I here? What part am I to play in life? Are these not the very same questions of identity, asked by philosophers of all ages?

This was resonated by trained singer Dipti Sanzgiri, who is also a senior member and teacher at New Acropolis, when she explained that the word swara, which is usually translated as a musical note, is composed of two words: swa, meaning the self, and ra meaning to shine. This implies that the practise of even a single note can allow the self to shine through.

Trivedi further explains that the classical arts are by their essence characterized by a meaningful search for wholeness and unity. There are two forms of art. The empirical form, or Laukika, literally ‘of the world’, which imitates life and seeks to understand and express what can be seen and measured. Examples can be found in various forms of folk music and dance. On the other hand, Alaukika art, or transcendental art, seeks to understand and express what cannot be seen or measured; it seeks to give a glimpse into what lies beyond, into the realms of the sacred, whose goal is unity, or Yoga. The classical temple dances of India are examples of Alaukika art.

Trivedi’s disciple, Miti Desai explains that the Vastu Sutra Upanishad expounds Arupad Rupam Tasya Phalam, meaning “from the formless arises the form”. She elaborates that it is therefore the purpose of form, which is always limited and transient, to facilitate the return to the perfection of the formless, or the sacred. Perhaps this explains why for Chintan Upadhyay, a leading exponent of the ancient Hindustani classical musical tradition of Dhrupad, singing is an encounter with the sacred: “Wherever I sing, it is a temple for me.”

In music, there are only seven notes within which every artist must compose. This is true of western and Indian classical music. This strict framework provides clear boundaries, within which an almost infinite variety and development is possible. Therefore Chintan observes that no two performances of Indian Classical music will ever be the same. It is within the boundaries of a strict framework, that the artist is free to create his or her own art. Having learnt to obey the rules, the artist can imbue his own special stamp on it, thus allowing for the tradition to evolve, while keeping its essence intact.

This is evident in even the most cursory observation of nature as well, where nothing is arbitrary or chaotic, every component adheres to an underlying intelligent order determined by laws, which results in unity, harmony, and the blossoming of beauty. The mysterious Fibonacci sequence for example, is expressed in myriad aspects of Nature; from the whirling spirals of a sunflower’s florets, to ocean waves, to spiral galaxies. Furthermore, the resulting proportion between two consecutive Fibonacci numbers (from 3:5 onwards), called the golden ratio, has been used by artists since ancient times, in their pursuit to capture principles of harmony and beauty. The architectural proportions of the Parthenon in Athens, is an example.

Tara Kini, classical Hindustani singer and educator explains that the more the rules, the more classical a form becomes; that it is the framework of rules that builds the discipline and concentration needed to apply oneself in art.

A disciple is characterised by his discipline. Chintan Upadhyay shares the experience of his daily practise of Swar Sadhana, usually at around 4 am every morning. He explains that the artist practices a single note for around fifty minutes. And the overall session can continue to two and a half hours. This daily practise of a single musical note allows the practitioner to reach a state of intense concentration, which helps to purify the mind, making it calm and clear. He described how, through regular practise, the artist may achieve a rare state which allows the note and the artist to become one.

The teacher-disciple tradition is a time-honoured tradition in India, where the disciple lives with the teacher, and studies under his or her guidance while at the same time performing all the tasks asked of him from cooking to sweeping. It is clear that beyond the teaching of a skill, singing for example, the teacher transmits an approach to life, a way of living. In this light, Chintan said that even fixing a light bulb in his guru’s home took on a new meaning. Chintan is a disciple of Guru Pandit Uday Bhawalkar who was a student of the legendary Ustad Zia Fariduddin Dagar and Ustad Zia Mohiuddin Dagar, who come from 19 generations of an unbroken guru-shishya legacy.

The concept of raga in classical Indian music, for example, distils the aspiration to tune into the natural order of the surrounding world, with music arrangements that are associated to certain times of day, or a certain season. But we find this pursuit expressed in various other expressions of culture as well. These allow us to work in rhythm with the seasons and time of day, with rules for how to eat, sleep, harvest and celebrate life with the turning of the seasons. For example, we can see a tangible harmonization with nature in the work of heritage architect Parul Jhaveri, who explained that ancient Indian architecture was filled with scientific principles meant to serve both nature and man. Traditional building methods address issues like water conservation, natural cooling and waste disposal. In a similar vein, Sanskrit scholar, Dr.Ushma Williams, explains that Ayurveda is the science or wisdom of life. She speaks of the importance of time and space in Ayurveda, for example the importance of the seasonal, local food taken at the right time, in the right order.

Culture as a means of Transformation

We can therefore propose that classical art, as well as the diverse aspects of culture, are a form of ongoing education and transformation of the human being, with the purpose of awakening human values. And so it is unsurprising that tradition seems to have treated culture as sacred. Moments immersed in art, and other expressions of cultural, can create a brief opportunity to tune ourselves with Nature, with Life, and to glimpse the best version of ourselves; with what is Beautiful, Good and True.