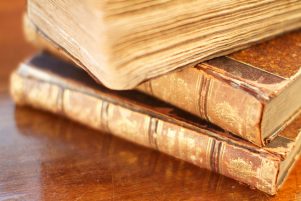 A few years ago, while browsing on YouTube, I happened to stumble across some old recordings of lectures covering an array of metaphysical and mystical topics. I was quickly taken by the depth and breadth with which the speaker, effortlessly, delivered his talks. Soon I learned that the person behind those words was a very special man indeed. Manly P. Hall, though unknown to the academic world, remains one of those few early twentieth century scholars whose popularity seems to be increasing with time.

He was born in Canada in 1901. At an early age he was separated from both his parents and brought up by his grandmother. At the age of 16, when his grandma died, he ended up in the care of a Rosicrucian community. He had little formal education but he had a natural talent for public speaking, as well as a remarkable memory. A few years later, at the age of 19, we find him in Los Angeles, leading as a minister of the Church of the People. Almost overnight, the news of this wonder boy, who could master the most abstruse metaphysical topics, spread around. This early success earned him some generous donations, which enabled him to travel the world in search of hidden wisdom.

Returning to America, after extensive travelling, Hall immersed himself in the works of the greatest teachers of antiquity and at the age of 28, his Magnus Opus was born. The Secret Teachings of All Ages remains a unique and remarkable compendium of arcane lore, with topics ranging from Pythagorean mathematics to the Mayan mysteries. The book whose original text consisted of an estimated half a million words, pre-sold subscriptions for 1000 copies. It ends with what became his lifelong philosophical message: “The great institution of materiality has failed. The false civilization built by man […] is destroying its creator. Religion wanders aimlessly in the maze of theological speculation. Science batters itself impotently against the barriers of the unknown. Only transcendental philosophy knows the path […] Only philosophy can teach man to be born well, to live well, to die well, and in perfect measure be born again. Into this band of the elect – those who have chosen the life of knowledge, of virtue, and of utility – the philosophers of the ages invite YOU.”

After publishing The Secret Teachings, Hall founded the Philosophical Research Society, where he spent the next 55 years teaching philosophy. In his life, Hall delivered a staggering 8000 lectures and authored 150 books. We may ask: what was the source and motivation of Hall’s intellectual achievements?

Hall firmly believed that the legacy of wisdom left by the ancients can help modern man navigate through the rough waters of a materialistic age. For him, man’s mental attitude is the key to his code of action and civilization is fundamentally a code of action. “My purpose has been,” he said, “to focus the light of the ageless wisdom upon the problems of today; to discover, from those who have lived well the secret of living; from those who have acted nobly the secret of noble action; from those who have thought well the secret of right thinking”. In his teachings, he tried to bring an organized picture of what he called ‘philosophical living’; “where man can again look upon philosophy, not as an abstract and difficult word, suggesting arduous labor, but as a friendly term, standing for all that is good and all that is real knowledge.” For him philosophy was the practical application of knowledge in everyday conduct, where moderation and the understanding of the ‘goodness’ within man are the first steps that will lead to real wisdom. He once remarked: “As the world in which we live today is ruled by fear – fear of life and fear of death, wisdom alone can overcome fear.”