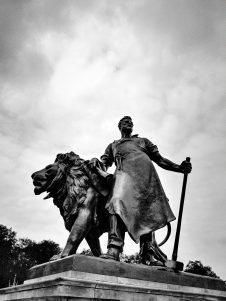 A long time ago, in the lands marked by the Roman Republic, a group of senators marched with haste to meet a man tilling a small farm. Upon watching the senators approach his farm, the man enquired, “Is everything alright?” to which they replied, “We hope that it might turn out well for both you and your country”. Further, they asked him to don his senatorial toga in order for him to hear their mandate and upon his doing so, they conferred the title of the dictator of the Roman Republic onto him. The newly crowned ruler was tasked with fending off the raids from a neighbouring tribe and protecting Rome and its people. In the following days, he managed to gather an army and defeat the enemies by accepting their plea for mercy, thereby ending the conflict. However, as striking as his leadership was, what was more noteworthy was his decision to disband his army and relinquish all control that was given to him within a mere fortnight. His name was Lucius Quinctius Cincinnatus, and he forever became known throughout Rome for his sense of duty and civic virtue.

Cincinnatus willingly abandoned the comfort of his home in order to fulfil the responsibilities that were thrust upon him. However, the voluntary relinquishment of authority after the fulfilment of his duties shows that rather than being motivated by a lust for power, he was driven by a sense of duty towards his people. Cincinnatus was not alone in nurturing these civic virtues. The ancient Stoics believed that a virtuous life is one that is free of all passions and committed towards the fulfillment of one’s personal as well as civic duties. Although upon reflection, one might question the extent of these responsibilities. Are we to only help the people that live within our neighbourhoods and cities while neglecting those that go through the same trials elsewhere? The Stoics believed that the cosmos in all its majesty and unique complexity, is ultimately a polis, i.e. a city. And as such, a virtuous person is not just a citizen of the place where they’re born, but rather a citizen of the cosmos. The Stoics believed that being virtuous requires serving other human beings to the best of one’s abilities even though serving all people equally well is impossible. Although they asserted that the optimal way to serve your fellow human beings is via political engagement, they also acknowledged that this isn’t possible for everyone and that some may be more suited to serve as educators that distill virtue to the future generations of politicians. The central theme, however, remains that of helping fellow cosmopolitans no matter where you may find yourself in the cosmos.

Reflecting upon these ideas in the modern era, we can live a virtuous life by choosing to participate in activities and movements that uplift all of humanity. Whether it be working with NGOs that fight climate change, helping educate underprivileged children in various local and global communities, or supporting movements that seek to reduce the inequalities built into our system in order to ensure that every person gets a chance at living a dignified life regardless of the circumstances of their birth; there is always a way in which we could fulfill our civic responsibilities towards our fellow citizens of the world. One such initiative that outlines the steps that could be taken in order to achieve a better future for all is the Sustainable Development Initiative proposed by the United Nations.  To learn more about this initiative and the various goals, please visit the United Nations website.