Epigenetics: Taking Responsibility for our Lives 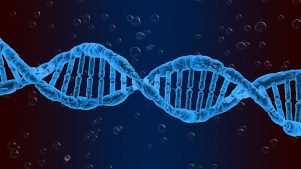 Most scientists used to be convinced that living beings were simply the product of their genes and that we were predetermined and condemned to suffer by a genetic program inherited from our ancestors. The last 20 years of research in the life sciences have completely overturned this belief. They have shown that we can have an effect on our lives, transform ourselves, change our behaviours and go beyond our limits towards sometimes unsuspected horizons.
The research of Dr. Bruce Lipton (1) has revealed that the environment in which the cell membrane operates controls the behaviour and physiology of the cell, by activating and deactivating the genes. These discoveries have clashed with the opinion of the majority of contemporary scientists, who claim that life is controlled by the genes, and this controversy has turned epigenetic science into one of the most important fields of study today.
Epigenetics is defined as the science that studies transmissible and reversible changes in the expression of the genes, which are not accompanied by a change in the genetic medium, in other words, changes that do not alter the DNA. Such changes can occur spontaneously or as a result of stress, as a response to an environment or other external factors. Epigenetic phenomena act like switches, which turn the genes on and off, depending on circumstances and in different degrees. They therefore allow many unprogrammed combinations between genes to occur, through the phenomenon of methylation (2).
Although discoveries related to epigenetics are very recent, the term was coined in 1942 by Conrad Hal Waddington (3), from the Greek epi, meaning “above” (“above genetics”). Epigenetics is like a code over the code, as Joel de Rosnay explains very well in his latest book The Symphony of the Living World (4): it is a biological “meta-software” that profoundly changes the role of classical genetics. Epigenetic change is not a mutation, but a modulation of the expression of the genes by behaviour or the environment. Genetics and epigenetics are compared to the text of a book and the process of reading, in which every individual interprets the book in a different way, through their own experience and imagination… Others compare genetics to a musical score and epigenetics to the interpretation of the symphony when it is performed. The big question is how to become the conductor of the orchestra of our own musical score.
What we experience influences our physical state, our psychological state, our life course and our mind, and plays an important role in the epigenetic modulation of the expression of the genes.
We inherit our genome, but we have the freedom to act on our epigenome, individually and collectively, and on the evolution of our society, through the interactions we choose to have with each other. Today, these interactions can be extended, for better or worse, through the use of social media. In the epigenetic world, everything is reversible, which emphasizes the importance of taking responsibility for our lives and clarifying our choices. Our behaviour and our will to act can transform us. With epigenetics, we can redirect the negative “psychosomatic” processes in ways that will benefit our health and our mental balance.
The five key words for a successful reorientation are nutrition, exercise, anti-stress, pleasure and harmony. They are all interrelated and require a discipline of life that the ancient philosophers of East and West, who were interested in the mutual influences between mind and body, recommended as preventative approaches.
Current studies demonstrate that the ancestral practices of meditation, yoga, forms of dynamic meditation such as Tai Chi and Qi Gong can have positive effects on the metabolism of our body and on some dysfunctions such as high blood pressure. Thanks to these studies, ancient wisdom and new discoveries have found a point of convergence.
Today we know that all these techniques for the relaxation of the body and the regulation of breathing allow us to reach a high level of both concentration and relaxation. There have also been claims that patients suffering from cancer, when they practised these techniques alongside a healthy nutrition, were able to modify their cancerous cells and restore them to a normal state. Recent studies have also shown that, in situations of great stress, such as in the case of victims of the Holocaust or famine, genetic modifications can be inherited for generations by those who did not live those experiences, although today we know that reversal is also possible.
Therefore, nutritional habits, physical activity, pollution, stress, worries, our social and family relationships and happy and unhappy events can influence our life course and our state of mind and play an important role in the epigenetic modulation of the expression of our genes. So, being surrounded by true friends or living a stable emotional life and flourishing internally can only have beneficial effects, not only on our physical health, but also on our health in general.
Dawson Church (5) describes how our mental state influences our genes. He demonstrates that factors such as beliefs, intentions, meditation, altruism, optimism, cooperation and confidence have a consequent effect on the genes related to stress, which are especially involved in the processes of ageing and immunity.
In conclusion, the relationship we establish with our inner and outer environment is crucial in enabling us to transform ourselves and to make use of all the tools that can help us to raise our consciousness.
This is also a collective challenge. It is vital to understand that we cannot just change ourselves individually; we also need to change the way we live together. To do this, we need to reconnect with higher aims, as Arnaud Beltrame demonstrated with his self-sacrifice in the terrorist attack of 2018 (6). The whole nation was united in its gratitude to Beltrame and other heroes. He was able to face the challenge that lies before us all: to find the delicate balance between liberty and security. His example enabled us to become aware that other approaches are possible and that we should never bow to fate.

Article References
Article References (1) Bruce H. Lipton (born 1944) is an American developmental biologist and a former researcher at Stanford University’s School of Medicine. Lipton, Bruce H. The Biology of Belief: Unleashing the Power of Consciousness, Matter and Miracles. Hay House Inc., 10th Anniversary Edition, 2016. Lipton, Bruce H., Bhaerman, Steve. Spontaneous Evolution: Our positive future and how to get from there to here. Hay House Inc., 2010. (2) Methylation is a chemical modification that consists of adding a methyl group (CH3) to a substrate. In the DNA, methylation occurs when a methyl group is added instead of an atom of hydrogen to one of the four bases of nitrogen. In this way, that particular DNA sequence is turned off and can no longer produce proteins. (3) A British developmental biologist, paleontologist and geneticist (1905-1975). (4) Rosnay, Joel de. La symphonie du vivant. Comment l’épigénétique va changer votre vie. Les Liens Qui Liberent. 2018 (5) Researcher into energetic healing (born 1956) and writer. Church, Dawson. The Genie in your Genes: Epigenetic Medicine and the New Biology of Intention. Energy Psychology Press, 2014 (6) Arnaud Beltrame was a lieutenant colonel in the French Gendarmerie Nationale who was killed by a terrorist after having exchanged places with a hostage.
Tags: epigenetics, exercise, genes, harmony, nutrition