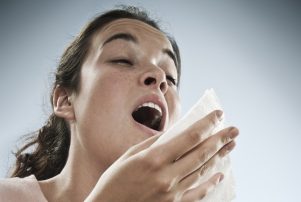 We have all experienced the flu at least once in our life. And even if the “common” flu kills between 250,000 and 500,000 people every year around the world, the media still warn us about the danger of flu pandemics such as swine flu (H1N1), which in 2009 killed around 9,000 people. So what is the big deal? Is it just a trick played by the media and pharmaceutical companies to scare us and make us buy the vaccines? Or is it a legitimate statement to make that a simple flu could kill millions of people?
I think there may be truth in both statements. We forget that in 1919 a flu pandemic known as Spanish Flu (also called H1N1) killed around 50 million people (3% of the world population). And it did not just kill “the old and the weak” but also plenty of young and strong men and women. Because the virus evolved and attacked the immune system, the stronger the immune system was, the more virulently the virus attacked. Hence the scientific community’s fear of a rapidly evolving virus that can adapt itself to vaccines and be transmitted easily (airborne).
But history teaches us that whenever a city, a country or a civilisation’s hygiene and/or way of life wasn’t balanced, plagues (such as the Black Death) and other pandemics were easily propagated and had the effect of reducing the population. Such was the case of the above-mentioned Spanish flu, which was helped to propagate by the mass movement of troops and poor level of hygiene.