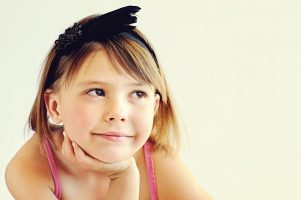 Even though we are separated by several centuries from the intellectual revolution initiated by Giordano Bruno, it is a revolution that it is still very interesting to join. It starts by increasing our memory, in other words, by knowing how to live. Instead of passing through life like a leaf on the wind, we can gather experiences, not being afraid to cherish and assimilate them, but extracting from them everything that interests us.
Knowing how to live is to use our memory, instead of always repeating the same mistakes, removing from our book of sayings the proverb that man is the only animal that trips over the same stone twice, if not a thousand times . We should trip once and, if there is memory, we should never trip over it again. That is to increase our memory, here and now.
We also need to increase our imagination, because imagination is the weapon with which we can create. If we said before “knowing how to live”, now we should say “knowing how to build”. Imagination is not about getting lost in the nooks of fantastic images that overwhelm us and help us to hide from life rather than to face it. Instead, imagination is a mirror, the ability to capture images from a higher plane, and the strength to make those higher images become realities in our world. To work with imagination is for all of us to become artists, and to be an artist means for each one of us to fashion himself. With imagination we can grasp ideas from a higher plane; with imagination, when we work with pure and noble elements, we are capable of building pure and noble human beings. Once we have an idea, an image, an archetype, we can reproduce it as authentic artists of ourselves.
And it is not only about increasing our memory and imagination, it is also about valuing our reminiscences, accepting them as if they were a silent sign of a world that exists today, a world that is and will continue to be, and of which we are part. In these reminiscences there is precisely that part of us which, being eternal, does not accept death. That which normally we find uninteresting, absurd or which doesn’t make sense, suddenly takes on life, colour and meaning; now we know why we do things, and what we do them for. To sum up, our revolution consists of knowing how to live through memory, and knowing how to build through imagination, in order to be able to Be.
We should also remember that old teaching that was used in the East to explain what memory is. They explained that memory is an attribute of fidelity to ourselves. One who is faithful to himself, who remembers himself, who recognizes himself and who builds himself, has memory. That person probably cannot answer with absolute certainty the question “who am I? ”, but he or she could say something very meaningful to us and which could help us take the first step, a sure step on the Path of Evolution.

Excerpted from the book “Memories and Reminiscences”