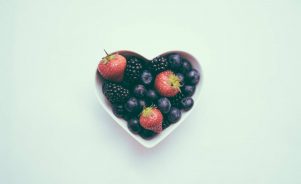 Concerns about all sorts of issues are increasing around the world, survival is becoming more and more difficult in many countries, and confrontations for the most absurd reasons are on the rise, however important they may seem to those involved. Yet, in spite of all of this, there is a growing desire to achieve a better level of health.

Of course, this is not the case everywhere in the world. How can one desire good health when there is no food or water, when terrible epidemics strike with little apparent cause? We are referring here to the so-called developed countries in general, although even there it is also becoming difficult to keep up a certain standard of living. In those countries, however, health has become a constant concern. And not only health, but also food.

It is surprising to see that, as hundreds of people are juggling to ensure that their money lasts until the end of the month, there are increasing problems of obesity and being overweight, starting with children. While for others extreme thinness has become an obsessive fashion.

Either we are becoming decidedly contradictory, or we don’t want to analyze what is happening around us.

Let us look at the best of situations, that is, when we have the opportunity to fill our shopping basket with all sorts of goods. We are so saturated with different kinds of advertising that we no longer know what is good and what is bad for our health. In the end, we mistrust everything that is offered to us…

While one product is hyped up by some to be the ultimate panacea for wellness and anti-ageing, there are others who denigrate it as a life-threatening poison. What do we do? Who is right and how do we make a calm choice about what is most suitable for us?

Totally opposing diets are promoted; what is approved of by some is vilified by others.

In the same way, many health treatments are called into doubt; what was positive yesterday is no longer recommended today and even banned. Age-old techniques are abandoned as being harmful, while new experimental treatments are welcomed, even if their final results are not entirely known. We hear a lot of talk about the placebo effect of some medicines, to the extent that one wonders: and if it is true, what does it matter, as long as it makes us feel better? Might this widely proclaimed “placebo effect” not perhaps include some other functions of the human body that are set in motion by particular stimuli?

The issue of food (for those who are able to feed themselves) we will leave in the hands of experts. Although we are convinced that the Earth should receive better treatment from those who exploit it. Industrialisation, competition in production and prices have meant that natural products have ceased to be natural. What a paradox! Organic items are much more expensive than those that come to us from large-scale distributors.

We believe that we should look for a varied and simple diet; exaggerated flavourings do not come from the Earth but from our desires to embellish everything.

With regard to health, we are convinced that, apart from those diseases that have a well-defined origin in the body, many elements come from other aspects of ourselves. If our mind is not in a good condition, if our emotions are disordered, if we fall into excesses of tiredness and hyperactivity, what can we expect from the body, which is the mirror of ourselves?

A mind in a good condition has its ideas duly organised, avoiding doubts and conflicts between different ideas, which never lead to the necessary clarity. A healthy mind also helps to organise the body.

With the emotions, it is not just about them being disordered– which they tend to be – they become harmful when they allow themselves to be absorbed by resentment, envy, jealousy, aggression, suspicion of plots and slanders by others. This is indeed poisonous because, no matter what we eat, negative emotional flavourings can be very harmful to the digestion.

Do we know how to rest, regardless of the time we have available? Not if the mind is full of circular ideas and we are disturbed by emotions. In this way, we fall into excessive action so as “not to think”, or into laziness in order “not to think about anything”.

Health, which is affected by every aspect of the human being, including a good education based on the highest moral values, deserves everyone’s special attention. It is possible that, if we all enjoyed good health, many of the world’s problems would begin to be solved in all the areas which trouble us today.