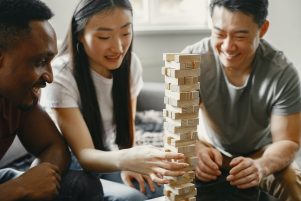 In March this year, the British Journal of Medicine, one of the oldest and most respected peer-reviewed journals in the field of medicine, published an article called “The Illusion of Evidence Based Medicine”.

In a nutshell, the article argues that “evidence-based medicine has been corrupted by corporate interests, failed regulation, and commercialisation of academia.”

The possible beneficial effects of certain generic drugs, for example, are not studied because of their lack of profitability, or alternatively, studies do not get published when their results will affect profits. Needless to mention, this can have tremendous effects on doctors’ ability to treat people, and on the affordability of medicine to all people. In fact, people are dying because of this.

But this bad behavior is not unique to the pharmaceutical field.

A study published this July in the American Economic Journal called “Why have College Completion Rates Increased?” discusses the effect of “grade inflation”, that is, the artificial awarding of high grades, on college completion rates. According to the article, the increase in college completion rates over the last decades has mostly nothing to do with better performance by students, but rather the rigging of grades for the sake of passing students.

This also brings to mind the 2019 college bribery scandal, where parents paid huge amounts of money to bribe college officials and fraudulently inflate entrance exam results, so their children could enter top universities (which begs the question: with all these financial resources, why weren’t their children able to achieve higher educational attainments in the first place? Is it possible that financial resources are not enough for educational success?)

We can keep on speaking about other fields, such as climate and the billion dollar “carbon capture” business, which emits more carbon than it captures, or the involvement of big banks in the financing of terror and drug networks, but I wouldn’t want to depress the reader.

Let us just say that if we would continue to look for it, we would find similar trends all over. And these seemingly disparate phenomena have something in common. They point at a moral crisis at the very heart of our way of life.

We tend to see ethics as a theoretical field, that has no real relevance to our everyday life, but we miss a very fundamental truth – without ethics nothing is going to work.

The lack of ethics will slow down the wheels of an organization, making it a bureaucracy; it will make resources “leak” and go to waste; it will put the wrong people in power; it will prioritize the superficial, and deprioritize the essential; and above all, it will erode the foundations of trust necessary for every society or organization.

What is happening is that the lasting values, which are always important, and essential for a healthy, harmonious, society, are being replaced with other values, more fleeting and superficial.

For example, social media has replaced the value of leading a happy life, with the false value of seeming to lead a happy life. In other words, it is more important to be seen than to make the effort to be. Or, as in the article mentioned above, the dubious value of profitability has been replacing the value of honest and objective research, a science that aims at truth, and does not serve other interests.

The thing is that ethics is a demanding ruler. It must be the top priority of every venture, the foundation on which everything else can be built. Once you put it in second place, you’ve lost it. There’s no such thing as being half-ethical.

Will you fly on with an airline that tells you, “99% of our pilots are trained”? or go to a hospital that tells you, “Most of our doctors have gone through medical school”? But that is where the lack of ethics leads to. And when ethics is gone, trust will follow.

Being ethical doesn’t mean being an angel, or not making mistakes. It doesn’t mean to always know what the ethical action is. Being ethical means following one’s principles to the best of one’s understanding and ability. The important thing is to try to take the ethical action, without deceiving ourselves. But in the cases mentioned above, clearly ethics is not even taken into consideration.

The situation is yet hopeful; the fact that these articles are being written means that we still care about ethics as a society. There were times and places in history where these things would have been taken for granted.

But it is an alarm bell that we need to hear and react to.