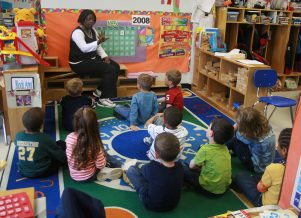 Integral education is a popular term covering educational systems that focus not only on cognitive skills, but also on physical, vital, spiritual and psychological abilities. The idea of integral education is to provide a complex structure that can help to develop all aspects and all levels of the human being. Students who learn in this way are equipped with abilities that can be applied throughout their lives, no matter what kind of challenges they have to face.

Many integral schools are connected to Aurobindo Ghose and his collaborator, Mirra Alfassa (who was called ‘The Mother’). Aurobindo, or Sri Aurobindo as his followers called him, was an Indian yogi and spiritual philosopher. He developed a spiritual practice called integral or supramental yoga, which was based on the idea that the Spirit manifests itself in a process of involution, in which it forgets its origin, followed by the reverse process, which is evolution. During human evolution, the spirit unfolds itself and yoga is a good support to aid this evolution since it makes it quicker. With the help of integral yoga it becomes possible to be aware of the Divine, and to integrate all aspects of the human being, from the physical to the spiritual level. This concept was described in his books The Synthesis of Yoga and The Life Divine.

Aurobindo used the term integral education in two ways: integral means the various aspects of the human being as mentioned above, but it also means the evolution of a nation or of humanity itself, which contains unity in diversity. In the West, where the focus in the educational systems is on mental and physical skills, the spiritual aspect is missing. To remedy this, the schools that use integral education give space to activities connected to all aspects of the human being. They promote learning by doing and teaching by play instead of using just the ‘classroom and chalk’ method. The focus is on the potential and personal interest of the student, as each soul is a unique being with an evolutionary purpose. It develops original thinking so the student will be prepared for the upcoming challenges. It provides freedom for the students who are different in terms of background, learning abilities, etc.

There are also other systems of integral education apart from Aurobindo’s. Rudolf Steiner’s Waldorf schools and the Montessori schools also differ from mainstream educational institutions. While mainstream schools are based on a materialistic and mechanistic worldview, Steiner’s and Montessori’s pedagogic method is based on humanistic and spiritual roots. In North America, more integral approaches were championed by Dewey and Kilpatrick, while in Asia there were the value-based Indian methods, including the approaches of Aurobindo, Tagore or Vivekananda; in Europe, Steiner and Montessori were the pioneers of the integral or progressive pedagogies.

Steiner and Montessori were inspired by Theosophy, a 19th century movement founded by Helena Blavatsky, which aimed to unite the wisdom of East and West. Steiner’s movement, which was called Anthroposophy, was founded in the 20th century and focused on the human aspect and the comprehensible spiritual world. For this reason, in Steiner’s Waldorf schools, imagination, intuition and inspiration are emphasized as tools which can be used to promote inner development and better understand spiritual experiences. According to Steiner, the results of spiritual research should be expressed in the same way as the results of scientific research, because they are equally important and relevant. He positioned his movement and educational system between mysticism, which transcends rational and exact knowledge, and natural science, which only accepts that which can be perceived, so both have their own limits. Steiner’s approach towards the human is very similar to that of Aurobindo. He regarded the human being as a complex structure of the physical, etheric, astral and mental bodies and built into his system the concept of karma and reincarnation. Nowadays, there are more than 1,000 Waldorf schools around the world, in 60 countries.

Despite the growing number of alternative schools and the fact that these new methods have been in existence for over 100 years, mainstream schools haven’t changed much in the above respects over the last century. And most schools are still using the old techniques to prepare the next generation for life. In these schools, the main goal is still results-based and concerned with the acquisition of the necessary skills and knowledge to become part of the utilitarian world we are living in today. However, as we progress into the 21stcentury, there are signs that this materialistic and very old-fashioned way of life is not sustainable. To build a different world, where people are in harmony with themselves and nature, of which they are a part, a different, more holistic approach is needed, and this gap can perhaps be filled by integral education.