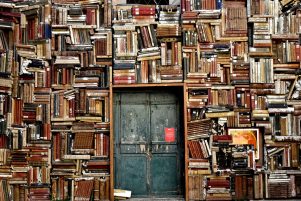 Napoleon once declared, “Of all political questions, education is perhaps the most important.” Undoubtedly, education is important from a political perspective because it has a major effect on the development of the citizen. But what about its value for the individual? Perhaps both of these facets are equally important and, as Aristotle pointed out, ethics is intrinsically linked to politics and vice versa.

What is education? Although the modern tendency is to focus on the technical and vocational aspects of learning, such a utilitarian goal is surely insufficient, since the human being is far more than a person who performs a job. What, then, is an educated person? Is it simply someone who has a lot of knowledge, or is there an ethical aspect to education? It is interesting that in the Spanish language ‘una persona educada’ means a polite person. So there is a cultural aspect to education as well, an aspect related to ‘character’ and also to morality.

For Confucius, there were four aspects in which a person should be educated: culture, moral conduct, wholehearted sincerity, and truthfulness. What is meant here by culture is two-fold: on the one hand, the intellectual aspect of learning, which broadens the mind and deepens the understanding; and on the other hand, the rules and customs of the society in which one lives. But for Confucius, culture without moral conduct is worth little or nothing, because it is moral conduct that defines the human being. Sincerity is a ‘heart virtue’, hence the epithet ‘wholehearted’: it is to be open, frank and authentic, the opposite of duplicitous, crafty and hypocritical. Finally, truthfulness implies a love of truth and therefore a deep-seated integrity.

In Confucius’s approach to education, one can see that not so much importance is given to practical knowledge. In one of the short conversations recorded in The Analects one of his students expressed an interest in learning farming, to which Confucius replied ‘I am not as good as an old farmer’. This shows Confucius’s humility, but also indicates that this was not a field of primary concern for his teaching. It is not that he despised practical knowledge, far from it, but for him the fundamental aspects of education are cultural, moral and philosophical. If these are lacking, nothing will go right. A discerning and ethical intelligence must be our guide and the technical aspect will follow. What is the use of technical know-how if it is used for immoral purposes? There are countless examples in the modern world of technology being used for evil ends. This is well illustrated by the following letter which the head teacher of an American high school used to send out to all his teachers at the beginning of each academic year:

I am a concentration camp survivor.

My eyes have seen what no man ought to see:

My request is as follows: help your pupils to become human beings. Your efforts must never produce trained monsters, qualified psychopaths or educated Eichmanns.

Reading, writing and arithmetic are only important if they help to make our children more human.”

For the American educationalist John Dewey, the social aspect of education is extremely important. The school should be a miniature community where the future citizen is prepared to become an active and committed citizen. We find a similar theme in some ancient writers, such as Plato, who also maintained (in The Republic) that a large part of what we now call primary and secondary education should be dedicated to the training of character.

However, Plato did not limit himself to the social aspect of education. He saw education as a progressive process that would lead to the unfolding of the best potentials within the human being. In his famous Allegory of the Cave, he suggested that the aim of human life is to emerge from the darkness of ignorance into the light of true knowledge; or, in his own words, ‘from a kind of twilight to true daylight’ (The Republic 521). It is a reorientation of the mind towards what is most ‘utterly real’ (the Platonic ‘ideas’ or ‘forms’). In the Indian Upanishads, there is a similar phrase: “From delusion lead me to Truth. From darkness lead me to Light. From death lead me to immortality.” (Brihadāranyaka Upanishad ch. 1, pt. 3, v. 28).

In this view, education must rise above utilitarianism and lead the human being to spiritual realization. But in order to reach such a high goal, young people need to receive training in qualities such as self-control and appropriate self-expression. In Plato’s Republic a lot of emphasis is placed on physical training as a meaning of strengthening the character, while at the same time opening up the soul by exposure to the sciences and arts, which will develop gentleness of character and a love of truth, beauty and goodness.

To sum up, education is an art which should aim at the harmonious development of every side of human nature – physical, emotional, moral, intellectual and spiritual. While lip service is paid to this in many of our schools today, the reality is that the focus is on exam results (and future career prospects). It is very difficult to change an entire educational system, but it is possible to introduce new models on a small-scale, like our own school of philosophy, where a more humanistic education, including character building, is valued more highly than academic grades, while at the same time giving the proper value to study and research as a way of broadening our minds, deepening our understanding and providing a never-ending inspiration on the path of life.