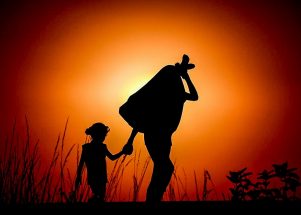 What a year 2016 has been. Even more unpredictable than 2015 (who would have predicted the mass migration that saw almost a million migrants enter Germany alone?) and perhaps a sign that 2017 will follow in the same vein. It has been variously called “momentous”, “the year of revolution”, “the year in which Westerners lost faith in the liberal story” and “year of the unravelling”, to name but a few. It was a year that saw the continuing rise of populism, the return of “responsible nationalism”  (Britain First!, America First!), a growing appeal of the strongman (Trump, Putin), unspeakable horror and suffering in Syria, even more migrants drowning in the Mediterranean Sea than in 2015 (3,800 to date) and the relentless increase of terrorism (22 attacks in Turkey alone which killed more than 360 people, not to speak of all the attacks in the rest of the world).

One of the often cited common denominators underlying most of these events is a general discontent: with capitalism, with governments, with the crumbling state of vital amenities such as public transport, the public health system or affordable housing, with the growing inequality between the haves and have-nots. There is absolutely no doubt that the rising sense of anger, frustration, of feeling powerless and ignored has very valid and objective causes. However, we have to be careful not to be carried away by this wave of justified frustration combined with populist rhetoric, and thereby prematurely bring down the increasingly fragile systems that hold the world as we know it together. One lesson that 2016 clearly taught was that it is dangerous to play with fire. That flames of public anger, fanned by the unprecedented power of social media and ruthless populists, can easily turn into fires that nobody can control any more.

The temptation is high to open the floodgates of our frustration, to vent our legitimate anger and to join the blame-game. But if we succumb, we not only stoke a dangerous fire but also turn ourselves into victims and choose to ignore our power to bring about change. Civilization is built on our ability to channel our instincts and emotional responses into constructive actions. Let’s start with developing the necessary moral strength to resist smashing up the place and to assume our individual and collective responsibility. It would already create a big change if in this post-truth society we restored truth to its rightful place above the deliberate lies of populists; if we acknowledged the complexity of issues and refused to get drawn into black-and-white, polarizing rhetoric; if we all made a ‘reality-check’ and questioned our own assumptions of unrealistic entitlement; if in our daily interactions with people we would listen more and show more heart and humanity, and if we all started to experiment with ethical and sustainable alternatives so that eventually we can replace the crashing systems all around us.

My personal wish for 2017 is that we will all be able to rise above the mass mentality and become more truly individuals: able to think for ourselves, to act in alignment with and motivated by our values, to co-operate in whatever is needed and to have a sense of purpose and happiness that is less dependent on outer circumstances. Or, as an ancient Greek saying put it: “May your happiness be not the result of favourable circumstances, but the result of your own inner Self.”