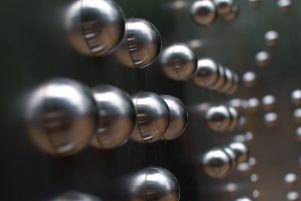 The Music of the Spheres begins in Ancient Greece with Pythagoras who, upon passing a blacksmiths is said to have heard consonance in the different sounds of the hammer. By this he was inspired to discover the connection between vibration, frequencies and pitch. For Pythagoras the octave ratio of 1:2 is considered a symbol of divine harmony between the lower and higher levels and with the proportions of the fourth & fifth intervals (3:4  & 2:3) the structure of the world can be understood.

Boethius, a Roman Philosopher who lived 480-524 AD at the time of the demise of the Roman Empire structures a cosmo-vision that describes a way of understanding music beginning with the simplest man-made instruments rising towards a conception of order and divine harmony throughout the universe.

Musica Mundana; the unheard Music of the Spheres / Celestial Harmony

Musica Instrumentalis; the Music of the Instruments

“Music is related not only to speculation but to morality as well, for nothing is more consistent with human nature than to be soothed by sweet modes or disturbed by their opposites. Thus we can begin to understand the apt doctrine of Plato, which holds that the whole Universe is united by musical concord.” – Boethius

As humans have always looked to the heavens, they have understood that life at a fundamental level revolves around the movements of the heavenly spheres. The seasons give harvests, the tides dictate sailing, sunrise and sunset dictate the hours of daily work. These intricate movements of the planets and seasonal rhythms give rise to harmonious diversity. Boethius also thought it impossible that the spheres did not make sound; perhaps this Musica Mundana may be too loud for us to hear or, since it has been in our ears since birth, perhaps we are unable to distinguish it from silence.

Boethius also describes a type of music at the level of the Human Being, Musica Humana relating to the Human, which can be understood as how our different aspects (body, soul & spirit) harmonise with each other. During the Renaissance the great polymath Marsilio Ficino developed a type of musical therapy that worked with human psychological states. Also the Neoplatonist philosopher Plotinus described a relationship between psyche (human thoughts and emotions) and music, adding that each planetary sphere attunes to a different aspect of the human psyche.

Musica Instrumentalis is the music of the instruments, that with which we are familiar. It represents a reflection, a tangible and audible expression of divine harmony.

“Song is almost nothing else other than spirit” – Boethius

Boethius shows music as an integral expression and means of understanding things unseen. Music connects us to this understanding at a sensory level but it is also within us and its presence indicates latent inner understanding of and unification with divine harmony and universal law.

If mathematics is the language of all things, then music may be the voice; at times a beautiful singing voice, at times an inner voice and at times the voice of a higher power.