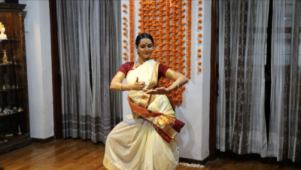 In our perpetual pursuit of the perceived definition of success, our minds and bodies are incessantly engaged in surface level occupations; being ‘busy’ appears to be a natural choice to satiate our voracious material and intellectual needs. Nevertheless, somewhere a higher center within us remains starved and an intense yearning to unite with something larger than our individual selves is palpable. Despite material abundance, technological advance and unrestrained liberties, the overwhelming spiritual vacuum is incontrovertible. True, there are fleeting instances in which we do manage to establish an evanescent connection with the spiritual realm. However, the avenues to approach that elusive higher dimension, that lies deep within, in a more sustained manner appear abstract. To address this prevalent emptiness it is worthwhile for a seeker to explore the few unequivocal portals that facilitate such transitions.

A philosopher endeavors to bridge the chasm between the finite material and the infinite transcendental by his incessant love of wisdom. His voyage is characterized by an evolution of consciousness. Since art has often been acknowledged as a vehicle of transition to the sublime realm, it is of immense intrigue for a philosopher to explore an artist’s way to bridge this existential dualism.

Any art form can serve as a channel to invoke that innate and essential aspect of our existence. We address that aspect by a plethora of nomenclature: the higher dimension, the spiritual, the invisible and infinite, the Divine, God and so on. This article investigates a specific form of art – namely classical dance. Wikipedia defines dance as a sequence of purposefully selected human movement, which has aesthetic as well as symbolic significance. Classical dance in particular, emphasizes reviving the classical – the timeless or the eternal center which is inherent within us. While our contemporary perception of dance sometimes regards it as a mere frolic at worst and a medium of expression, even catharsis at best, we often fail to recognize this performing art form as a potential stairway to ascend to a higher realm of consciousness.

The meditative aspect of classical dance is universally recognized. Being centered is of the essence in this art-form and the attention of the dancer has no margin for the slightest incoherence. It is crucial to focus on several faculties simultaneously, namely the gestures, expressions, postures, movements, rhythm and the musical recital. Mindfulness is of colossal consequence in conjuring a meticulous synergy amongst the several elements that constitute dance. Thus practicing classical dance could also offer an antidote to the scattering distractions of our lives.

Dance also involves conquering inhibitions, the anxiety of being rejected, inviting the dancer to realign his/her point of perspective from outside, to within. While the stage provides a preliminary platform for the dancer to combat the reticence and it serves as an impetus to propel the performer out of his/her comfort zone, one needs to be cautious to not be overtly reliant on it. The true purpose of dance is not to entreat the attention of the beholder, although this is a natural consequence. Instead the classical dancer aspires to focus attention inwards so intensely, that it might empower him/her to channelize an elevated element of consciousness to the ephemeral. Thus a real dancer is driven by giving and not receiving.

Attaining such an altitude of consciousness and tranquil composure of mind and body is not an overnight metamorphosis. It involves years of patient and persistent practice, overcoming the monotony of repetition, acute fatigue, the vicissitudes of mood, and the temptation of distractions that offer instant gratification. As philosophers and seekers of truth we too learn to challenge our comfort zones in all aspects of our lives, try to steer clear of distractions and are constantly vigilant for the treacherous voices emerging from the personality that mask our higher potential.

In reality, beyond the superficial dichotomy in the ways of a dancer and of a philosopher, there lies a poetic alliteration between the ultimate purpose of dance and philosophy. According to Plato, an artist is also a philosopher; both seek the ultimate veracity. Only, each uses a different device.  Classical dance attempts to reach out to the divine through the archetype of beauty, while the philosopher seeks the same transcendental dimension through an investigative journey motivated by the love of truth.

This hypothesis is substantiated by the significance of temple dance rituals, customary in ancient India, which are representative of reverence to the divine. This past May, the philosophers’ fraternity at New Acropolis (Mumbai, India) had an opportunity to host and witness this sublime side of Indian Classical Dance in an enchanting Kuchipudi dance recital by the eminent Vaidehi Kulkarni.

Vaidehi introduced Kuchipudi as one of the eight major Indian classical dance forms, developed on the foundations of Bharat Muni’s Natya Shastra, the holy grail of Indian performing arts. Its roots can be traced back to the village of Kanchelapuram in the Krishna district of Andhra Pradesh in Southern India. At first performed exclusively by men, it originated as a sacred offering to venerate the deities in temples.

Alluding to the unique charms of Kuchipudi, Vaidehi emphasized that the art of drama is pivotal to this dance-form. The three key constituents of Kuchipudi are:

Nritta – demonstrates the artist’s technique, and comprises a rhythmic and symphonic amalgamation of pace, movement and coordination.

In addition, gestures, facial expressions, melodious Carnatic music, together with the ornaments and costumes are all integral elements that unite in scrupulous synchronization. These come together in complex movements, like high jumps and brisk turns which are characteristic of Kuchipudi. Lip syncing to the music brings the narrative alive to the audience. Sequences customarily commence with a Divine invocation, and comprise sub-sequences of technical dance display and portrayals of mythological narratives.

A solo performer often role-plays multiple characters in Kuchipudi and it is critical that he/she do justice to enliven each part played. This subtly alludes to the various roles a human being plays in life – like that of a child, spouse, parent, professional, citizen, among others. Perhaps this is a veiled reference we can draw inspiration from, in embodying our parts fully and justly in the act of life, in an enhanced and balanced manner.

As Vaidehi enacted mythology through dance, linguistic barriers were eliminated by her expressions, gestures, postures and movements. It was fascinating that many young members of the audience who had no earlier exposure to classical dance, expressed that they were enthralled by the performance.

Vaidehi’s remarkable journey began at the tender age of five when she experimented with Kathak and Bharatanatyam, until she discovered her true calling – Kuchipudi. At the age of ten, on a visit to Chennai, a family acquaintance accompanied her to the renowned Kuchipudi Art Academy, where young Vaidehi “fell in love with” the dance form. With her mother and sister, she relocated to Chennai to pursue this intense albeit newfound love. Hailing from Nashik, (Maharashtra, India) at first she struggled with language and an undercurrent of prejudice, in her perusal of a South Indian dance form. Her absolute commitment notwithstanding, it was enormously challenging for the Kathak and Bharatnatyam trained Vaidehi to adapt to Kuchipudi and there arrived a point about one year into her sojourn when she considered quitting this audacious adventure. This juncture marked a turning point; an inexplicable energy within her reversed her equation with the dance form.

Miraculously, almost overnight, she recalls, that she began to feel at home with Kuchipudi and there was a perceptible transformation in her adeptness at it. It was as if the essence of the dance form was finally absorbed in her. There was no looking back for this precocious child and her determination and devotion succeeded to surmount the many impediments along the way.

To this day, the accomplished dancer is not dissuaded from seeking further improvement and she routinely visits her teacher in Bengaluru in her endeavor to further refine her dexterity in dance. Her journey is motivational for the philosopher, who quests for truth, overcoming setbacks, and dispelling complacency regardless of the magnitude of advancements made along the way.

Years of arduous discipline, unwavering esteem for her teachers, determination and sacrifices by her parents find rewarding expression in Vaidehi’s performances today. She no longer distinguishes between dance and other aspects of her life and explains that dance has percolated her life so deeply, and her surrender to this art-form is so complete, that dance has become her life. She says that she literally dances away her challenges and that it is a source of strength, a conduit of catharsis, as well as a medium of communication with audiences.

Kuchipudi has transformed Vaidehi’s life and now she hopes to give back to the art that helped her evolve as a human being. It perturbs her that Kuchipudi is not as popular as its illustrious cousins – Bharatnatyam and Kathak, and that many fail to recognize it as a distinct form. Alongside her teacher Smt. Manju Bhargavi from Bengaluru, she intends to contribute to its outreach to expand its recognition, by establishing institutes of Kuchipudi that would adhere to the principles of the ancient guru-shishya parampara, the master-disciple tradition. Vaidehi exhorts the youth of today to take pride in the Indian heritage and revive the ancient art forms.

Skeptics amongst us might dismiss classical dance as archaic. Connoisseurs may delight in its exoteric visual dimension. Others who are pedantic may marvel at its technical sophistication. This article is a humble effort to invite the reader to unravel classical dance, beyond the apparent. Classical implies timeless and thus classical dance is as potent today as it was a thousand years ago to invoke the spiritual essence that lies within us, if one is but willing to delve deep into it. Plato had famously cited, “Man you are God but you forgot,” referring to the memory of the timeless spirit in us that unites us with the eternal and omniscient cosmic intelligence.  Classical dance is potentially a medium to revive that elusive memory. When the narrative of music, the intent and attention of the dancer, and the acuity of skill confluence ceremoniously with the right attitude of the observer at the opportune moment – something magical might unfold. Perhaps this magic is the reminiscence of the soul.

The esoteric traditions suggest that we all have this innate spark. Each may fuel its flame differently. There is no single panacea to the spiritual void we experience intermittently, but classical dance warrants being explored in order to rekindle the sacred light, the memory of the soul, intrinsic to our existence.