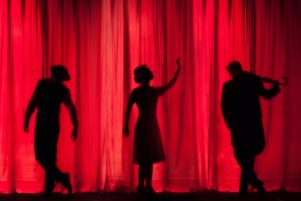 It is evident that beyond entertainment, theatre might also be a means to investigate the world in which we live, and what it means to be human. Recently, I had the opportunity to revisit Othello in which Shakespeare deals with an array of human experience that is always pertinent. As I re-read and met the characters once again after many years, a different theme began to emerge before my eyes. Here’s my attempt to share what I learned from the play from the three central characters – Othello, Desdemona and Iago. To me, these three characters are pivotal in conveying something fundamental about the human experience.

At first, Othello is portrayed as a courageous, accomplished and ambitious army captain, who has participated in many well-known war expeditions and has gathered experience through his travels. The play starts off with a confident Othello secretly marrying his beloved Desdemona, ready to face the courts, as he didn’t believe he had done anything wrong; he had simply followed his heart. Yet, as seeds of doubt take root, Othello’s love for Desdemona weakens, and he gives in to his insecurities. At the end of the play, Othello accuses her of infidelity, kills her, and his character metamorphizes into a guilt-ridden remorseful individual who ultimately takes his own life, realising that he has no purpose left to live for. The juxtaposition of love and betrayal are evident themes of this classic Shakespearean tragedy.

We are born into this world, untainted by doubts or confusion. Full of curiosity and wonder, we are able to recognize beauty naturally and are ever-eager to explore, with a thirst for adventure, armed with courage and determination. As we grow up, however, our thoughts, ideas and perceptions are often influenced by those around us: our education, our circumstances, and our experiences. But could it be that Desdemona continues to silently whisper her youthful and resilient call? Despite what fate had in store, in the play Desdemona never doubts or questions Othello’s integrity and fidelity. She defends him until her last breath. It would seem that the unwavering Desdemona signifies the virtues of beauty, goodness, purity and love that Othello initially identified with. Perhaps Desdemona’s unflinching fidelity offers a clue that we as human beings have the ability to aspire for and express virtues regardless of the external circumstances. Othello’s suspicion of her loyalty could suggest the inability of human beings to maintain a sincere pursuit of these virtues.

Doubt has a way of making itself more complex, just as Iago adds plots and confusions in the play. It could be argued that Iago, the one who stirs up these questions is responsible for the tragedy. However, could it not be that Iago is merely a portrayal of Othello’s alter ego, the mind games of self-doubt?

In my experience, doubts present themselves as nagging questions, sometimes almost as a statement of negation. For example, they might begin with Why can’t I? or How can I? and sometimes Will I be able to? They soon transform to I will never be able, or I can’t.

On occasions that I have chosen to believe my doubts, I have realised that it immobilizes me causing me to eschew any action. In doing so, I lose an opportunity to express my determination to overcome challenges. In this way, doubts can be paralysing, blind to any opportunities. When such doubts arise, however, I have also discovered that I always have the option to believe them, or to resolve them.

Paradoxically, I discovered that the doubt itself also has a voice of ability, which might be faint at first. The more I listen, the more it invites me to dare, and become able to act. With persistence, one might uncover what’s beyond it, and therefore strengthen our inner conviction.

Such an experience of overcoming doubt can further help when faced with more doubts in the future. For example, when faced with the dilemma of the inability of accomplishing a difficult task, there is a need to engage with and identify the various fears; of failure, of commitment, to name but a few. To give in to the conflict is to identify with the limitation. But as a human being, I also have the ability to experience and pursue intrinsic virtues that are not dependent or limited by circumstances.

Othello’s narrative could therefore denote the consequences of being taken over by our fears, failing to recognise our true abilities and innate nature and potential. Unlike Othello, as I live my life today, I have discovered the ability to recognise the whispers of Desdemona within me despite the loud shouts of Iago. Every day, I strive to harmonize these voices. When Iago says, “I can’t accomplish what I intended to do because I am incapable of doing so,” Desdemona softly whispers, “Isn’t it a good opportunity to make myself capable?” At the precipice of making a decision, what is required of me is to make a choice – one that is not defined my limitations but one that is of inner self-belief. Magic happens when I take that leap of faith – only to realise that I can fly!

One way to address the fears, is to begin the work towards the task itself. After initiating the task, I realise sometimes, how silly the fears were in the first place; a result of my own fantasy. Sometimes, I realise that despite the fear, I can make things work. Gradually it starts to lose its grip, because through the action, I am able to validate that it is possible to confront the fear.

As I look back and reflect on the doubts that I have dealt with, I am filled with gratitude. My dilemmas gave me an opportunity to strengthen my resolution, overcoming them by putting virtues into practise. Along the way I made mistakes which I value as valuable lessons. It would be foolish to wish or believe that doubts and fears will simply go away. Without these, perhaps we would have never been able to recognise what we need to overcome, to grow.

Desdemona can be kept alive. Unlike Othello, we do have the ability to silence Iago, and fortify love for Desdemona. What we can take away from Shakespeare’s Othello therefore, is the need to develop an inner recognition of our abilities that help us develop an inner compass to guide us, a compass that can help us remain focused on our virtues. We don’t need to get persuaded by the impulses of doubts. We can fight the cacophony of Iago and tune ourselves to the beautiful song of Desdemona.